With their debut album being released over the summer The Ramona Flowers are currently building off of the buzz of Dismantle and Rebuild. With numerous singles gaining wide popularity, the five-piece present a dark pop, new age sound that also draws from numerous other genres throughout to surround listeners. Already having remixes of "Lust and Lies" from Joe Goddard and Ladytron, I Am A Camera have now taken to transforming the song into an accessible, consistent stand out.

London's I Am A Camera have lent their remix abilities to both Beyonce and Lana Del Rey in the past, with the former hitting number 1 on the Billboard Dance chart. In addition to their remix abilities, the male/female duo have released a number of original songs that take on a mix between synth pop and dance.

Carrying over their original sound to their remixes, I Am A Camera's rework of "Lust and Lies" is fueled by high-flying synth melodies and a standard drum beat to maintain a ground. The vocals as a whole lay over top of the soundscape that also borrows guitar from the original to make for an overall moving and progressive version of an already consistent song.

You can pick up The Ramona Flowers' debut album from iTunes here. 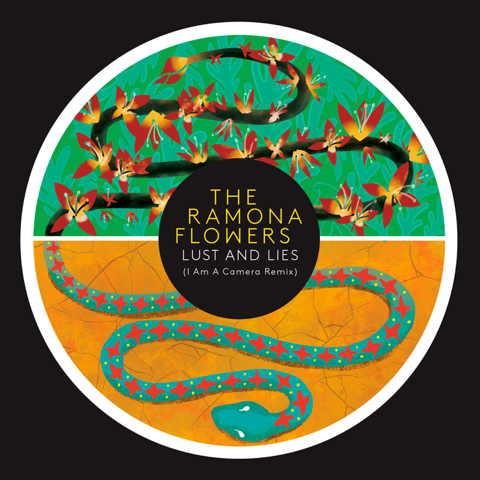