6 years ago by Julia Martineau 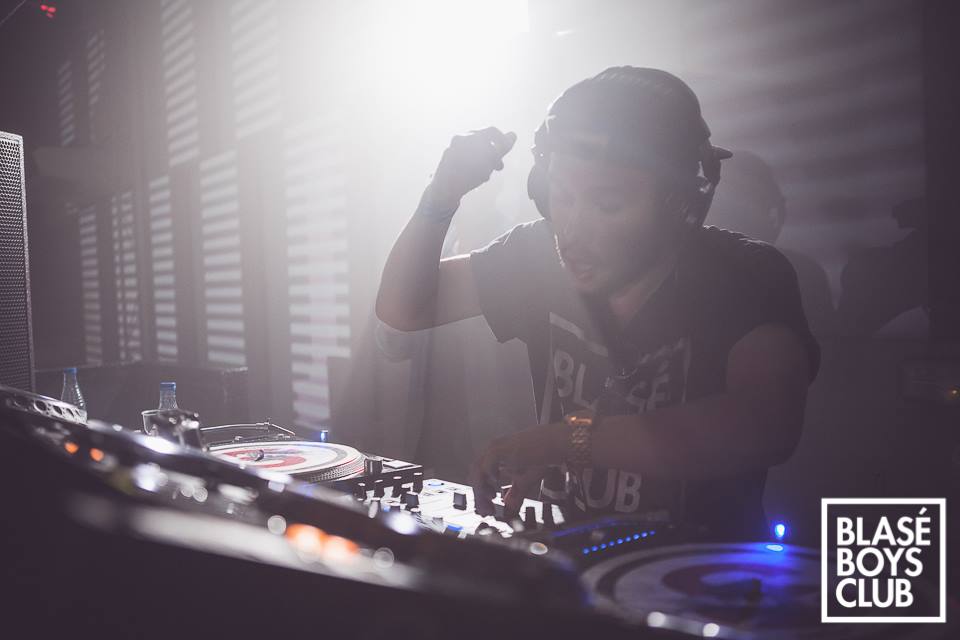 Jax Jones has been the name on everyone's lips lately after a rapid rise to dance music fame thanks to multiple hits, including the summer anthem "I GOT U", which he co-produced with Duke Dumont, and "Go Deep", officially released October 12th.  We caught up with the British producer/DJ for a quick chat about his upcoming projects, creative process, and the story behind how he signed with Blasé Boys Club.

EARMILK: You're a self-schooled multi-instrumentalist and songwriter - did you always know that producing was for you?

JAX JONES: I knew I wanted to work in music from a young age, but not necessarily as a producer. I figured I could be an A&R guy because that was more of a '9 to 5' scenario.  I started learning guitar when I was about 11, and began coming up with my own riffs.  I wanted to be like Slash.  Then, my parents got me a little four-track recorder from Tascam, so I started recording the ideas and programming drums over them from a Yamaha Keyboard. I then moved on to software, and I’ve been lucky over the years to have done sessions with some incredible talent - Alex Da Kid, Musiq Soul Child and Jerry Wonder to name a few - who’ve inspired me further down the production path.

JJ: It differs from song to song, but most of the time, I start with the vocal and a 4-to-the-floor kick pattern.  Whether I'm using a song I've written myself or an acapella I'm sampling, I try to find the phrases in the vocal that capture the emotion I'd like to have in the track.  Then, I zone out trying to find all the chords and melodies that compliment that emotion, and do a basic arrangement of the track (this takes about a day).  After that's done, I leave the track for a bit and reopen it later.  If I still feel great about it, I add the final sounds, and finish the song.  I can get really bogged down with minute details, so that first day is very important for me to get the whole picture of the track.

EM: "Go Deep" combines elements of electro, house, and disco.  What was your inspiration for it?

JJ: It was the chorus of the Missy Elliot remix of Janet Jackson’s "Go Deep".  It has great lyrics that just make you want to dance, especially the rhythm.  I was also listening to a lot of old school hip hop at the time like DJ Premiere and Large Professor.  As a result, I was chopping breaks to form the drums, and it just went from there.

EM: Who were some of your earliest influences musically?

JJ: I grew up around the time Timbaland and The Neptunes were running the music charts - their attitude and drums particularly influenced me.  Also Trevor Horn, Daft Punk, and Basement Jaxx, who coincidentally worked near my studio in Brixton years ago.  They were sort of neighbourhood heroes.

EM: How did you get signed to Duke Dumont's label? What is the story behind how the two of you met?

JJ: I worked with Duke at the Capital Summertime Ball back in 2013.  During rehearsals, I played him some of my own music, which was a bit cheeky - luckily he was into it.  Then, we started working on a few tracks together.  One of the first ones became "I GOT U".  We’ve continued to collaborate on other tracks such as "Won't Look Back".  He was looking to sign people to his Blasé Boys Club label, so it felt kind of organic to continue the relationship that way.

EM: What are your thoughts on the UK garage music scene?

JJ: I love it, but definitely in a nostalgic sense.  To me, it's the sound of my youth.  In my opinion, we haven't entered into the garage era 2.0, but when DJ EZ did his first Boiler Room set, that definitely reignited the genre.  He and Todd Terry are my favourites.

EM: Who are your top three artists, dead or alive?

JJ: That's a tough one! There are so many people I dig...but all of the time, it's Prince, D'Angelo, and (dare I say it) Coldplay.

JJ: There are a lot of DJ shows coming up, which I always look forward to.  It's good to be getting out of Europe and spreading the sound.  I'm also busy building my catalogue of music - I've done a remix for London Grammar that's due to drop anytime now.  I'm excited for that one, I'm a massive fan of theirs.

Give "Go Deep" a listen on Soundcloud, and check out Jax Jones on social media below.