Blaring out of the gates, Los Angeles brother duo The Bots are ready to take the rock scene by storm with their driven anthems that draw from a wide array of influences. At times bordering punk rock and other times shifting into an easy-going melodic drone vibe, The Bots sound is hard to pin point. Having self-released three albums to date, including their first when they were 12 and 15 years old, The Bots have their eye on their debut on FADER Label with Pink Palms due out October 14th.

While we have caught a few whiffs of different styles explored on the album so far, we bring you one of Pink Palms' stand out songs in "Blinded". Using their density to their advantage, "Blinded" shifts from soft echoing verses to a wailing sing-along chorus, forming an infectious track that reminds of the early Arctic Monkeys with its clever instrumentation and changing of pace. After even a first listen you will find this songs execution circling through your head.

Be sure to head on over to iTune to preorder Pink Palms here. 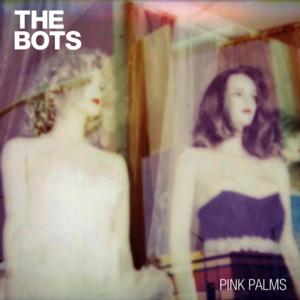