You know those times when a track is so mysterious that your only option of listening to it again is to scrounge up the YouTube radio rip from Annie Mac's BBC Radio 1 show? Well that's how I've been surviving listening to Slam Dunk'd's first single, "No Price." That is, until today when the extended edit of the track was posted to their Soundcloud. A new project from famed producer for Afrika Bambaataa back in the day, Slam Dunk'd features the work of Arthur Baker. Collaborating on a single that's so groovy that with one listen, a disco ball may drop from the ceiling and roller skates may appear on your feet, "No Price" features the recognizably apt vocals of Chromeo's Dave 1. And what's even more special: Baker originally recorded this track in 1979 on a now defunct label, leaving it to never be released. But in 2009, he rediscovered the "No Price on Love" amidst a pile of tape and sent it over to MSTRKRFT's Al P to rework. The product is so authentic you'll want to put it on repeat, and it's out next month on Baked with the help of Columbia Records, and will feature additional remixes. 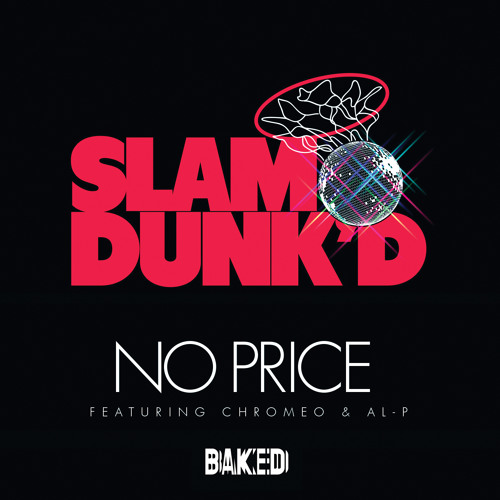