Based out of New York City, VÉRITÉ offers indie pop that relies on her melodic and harmonious vocals for direction. With an EP due out later this year, VÉRITÉ released "Strange Enough" earlier this month to a warm reception. Reaching the top of HypeM and 100k plays on SoundCloud so far, "Strange Enough" finds the newcomer in the midst of distinguishing and solidifying her place as an artist that will continue to further her way into the spotlight.

Also based out of The City That Never Sleeps is the electronically driven producer EPISODE. With little known about the artist for the time being, EPISODE has released two original songs and a remix thus far. With the previous material relying on featured artists to set the tone that soothing electronic soundscapes backtrack, EPISODE's remix of "Strange Enough" is crafted in the same format.

Differentiating the remix from the original, EPISODE peels back the dense layers through the song's chorus, opting for a more free-flowing track without interruption. In doing so, VÉRITÉ's vocals flourish as the pure centerfold, despite being slightly toned down, where they only take the back seat through the mixes serene breaks.

To fully grasp the remixes ability to stand out on its own, be sure to catch the original "Strange Enough". Notice the difference in the overall dynamics between the two.

Keep an eye on VÉRITÉ, as there is no telling where the untainted artist will go next. 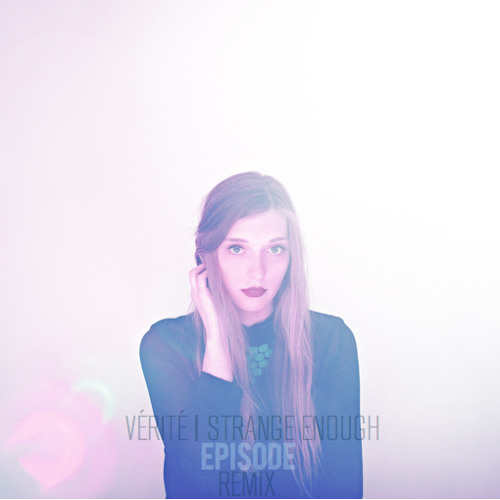