Indiana's "Heart On Fire" eases along with an IYES remix [Premiere]

The up-and-coming UK artist Indiana is swiftly working her way into the spotlight with her experimental pop. Propelling herself forward are her two singles released this year in "Solo Dancing" and "Heart On Fire"; most recently, fellow British duo IYES have taken the ladder for a spin. Presenting a sound that varies dramatically through each of her songs, Indiana is a month away from the release of her debut album No Romeo out September 1st via Sony Music. In looking towards the future, there is no telling what to expect as Indiana's previous material at times borders trip hop, industrial house, and experimental pop. The similarities in styles stem from a keen sense of direction throughout, set by assuring vocals and wholesome, expansive soundscapes that guide the verses seamlessly along.

It is no coincidence that IYES were chosen to remix "Heart On Fire", as their sound takes on a similar trajectory and structure. Led by female vocals, the male/female duo make use of their resources to exchange harmonies between both members, resulting in electronic led soothing pop. Their recent focus on remixing selective songs has led to tailoring each of them around a singular theme, sticking to mellow, downtempo cues to move forward.

The IYES remix of Indiana's "Heart On Fire" is a stripped, minimalistic showcase of the stress in the slowed vocal verses, surrounding each run with endless, but sturdy electronic elements. The many differences in the remix make it stand-alone from the original, to which carries a more optimistic and refreshing feel. Listen below to get a feel for the contrast.

Preorder Indiana's No Romeo from iTunes here. If you are in the UK, be sure to catch Indiana on one of her upcoming dates. 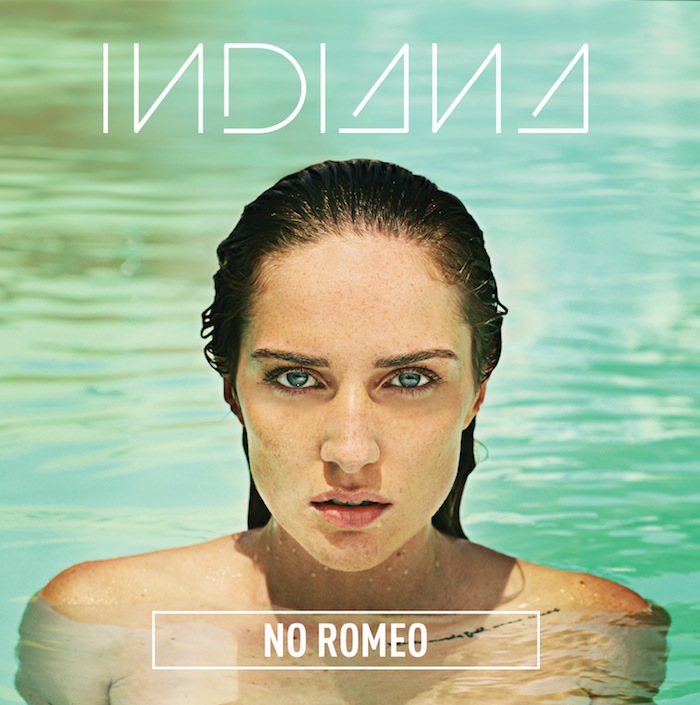