Last week, ROOM8 sent some day crusin’ tunes our way and answered a few of our questions. This week, the LA-based duo released their Visions of You EP featuring electronic boy/girl duo Electric Youth. The 80s-inspired track is super sugary with driving synths that bring up thoughts of Giorgio Moroder and Kraftwerk. Dreamy vocals from Electric Youth perfectly complement the washed out retro synth palette of the mix to give the track a youthful and carefree energy.

The Visions of You EP also comes with another new single from ROOM8 called “Geo.” It’s more serious in comparison to “Visions of You.” It’s almost as if “Visions of You” is for our day time escapades and “Geo” takes us deep into the night. Exra Reich and Nic Johns, the masterminds behind ROOM8, have a cinematic approach to creating their tunes. Both of the tracks on this EP sound like something right out of an 80s film. 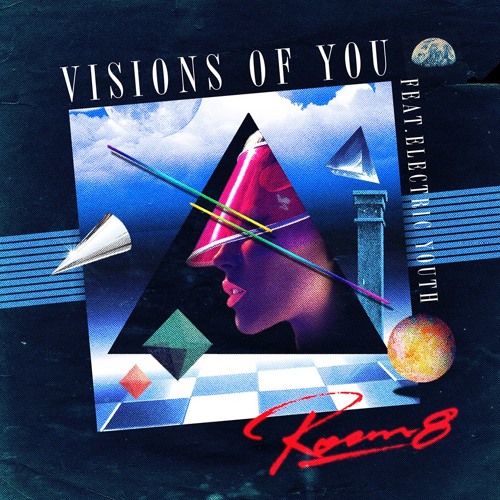 Visions of You EP