This is a guest post from Detroit-based DJ and producer Robert Perry, who you might remember from his "A Serious Party" video we posted a while back. Perry grew up in the Detroit suburbs and started DJing when he was in college in East Lansing and fostered a thriving party scene in that community. He continues to DJ regularly in the Detroit area and is also co-founder of Implied Music alongside Noah DeSmit. Their podcast has featured artists like Kevin Saunderson, Kyle Hall, and Danny Daze.

Read on for Robert Perry's DEMF afterparty picks and the inside scoop on the venues and listen to his latest mix, spanning from soothing ambient to playful house to ease you into the coming weekend, below.

Many have already left Detroit for dead. However, anyone who has been downtown to Movement/DEMF on Memorial Day weekend is likely to have a different perspective. They'd have something to bring up to the naysayers, as Detroit feels nothing but alive, healthy, and densely populated.

I remember chatting with my friend Alyce, a Massachusetts resident, last year at the festival about this very subject; she wondered if the city was constantly bustling, like it is on Memorial Day weekend. I expressed that it isn’t. However, Detroit city is discreetly lively on a daily basis and Movement ultimately reveals that vitality over its three-day period.

There are many individuals responsible for contributing to Detroit’s daily liveliness. Musically, local venues, DJs, artists and promoters keep the scene afloat when the festival isn’t taking place. Festival-goers from around the globe get to taste what the local music scene is like, just on a larger scale, the weekend of the festival.

Visitors may not know the likes Gabi or Asher Perkins, but they’re hard working local DJs pouring their hearts into their sets regularly on the local circuit, and are getting their first crack at the big time by playing at Movement this year. There are venues like City Club; a goth bar transformed into the ideal place for a dark, grungy afterhours. Promoters like Paxahau not only manage the festival but also bring in big name talent year round to intimate crowds at smaller venues.

Movement is the main attraction, but the afterparties are the best way for visitors to experience the city’s musical legacy. Some venues are transformed from regular bars to techno hot spots, but the majority of them are the same places that are regularly hosting the city’s dance parties every other weekend of the year (and in years past).  My suggestions below are based on previous experiences I’ve had at certain afterparties, but also in anticipation of knowing that there’s something new and fresh that every year brings.

Party picks for this year

This is a good excuse to check out the Red Bull House of Art in Detroit for those who haven’t. This event is actually  on Tuesday, Wednesday, and Thursday, featuring visual and aural art from various artists.  Thursday night features Matthew Hawtin and Ron Zakrin. Tucked away in what feels like a back alley in Eastern Market, the House of Art has exhibits year round, often highlighting a lot of great local artists.  It’s free and they do usually serve alcohol as well.

Exodus is Detroit’s best summer venue, an open-air rooftop in the heart of Greektown. Detek’s Summer Sessions is surely a Detroit favorite, and has been a weekly event for seven years in a row. There may be extra sound here the weekend of the festival, but the house system is normally clear and not overwhelming – a great spot to ease into the weekend.

Bleu has an interesting history. One of the longest standing clubs within the city, going for something like 14 years strong, it was shut down a few years ago and then re-opened. It’s been struggling for an identity since then, but the one constant of this place has been a phenomenal sound system. The fact the eccentric DJ Harvey is playing here should also peak interest. He’s known to be a certified party programmer, so I anticipate this to be one of the weirder, more fun and diverse gatherings of the weekend.

Floating Points, Daniel Bell, and The Black Madonna? OK. TV Bar has a nice outdoor patio and great sound in all rooms.

Get Thoughtless: Detroit 2014 at Northern Lights

Although Soul Clap’s House of Efunk should be party gold on Saturday night, I’ll probably be at the Thoughtless label party.  I’ve never seen label heads Noah Pred or Rennie Foster perform, but both of  should be real treats. Plus this lineup is overrun with some of the absolute best locals of any afterparty: Stone Owl, SuperDre, Gabi + Asher Perkins, Dru Ruiz, ADMN, and Jeremy Poling. Northern Lights is a dark and intimate venue, host to both jazz nights and dance music parties year-round. It’s located in New Center, a straight shot up Woodward Ave. that you’ll need to drive or bike to.

The Whiskey Disco, formerly Oslo, is a splendid local venue. It’s dark, has nice wood paneling, crisp sound, and red lighting that give it a great atmosphere for any afterparty. I couldn’t imagine a better venue for Francis Harris, AKA Adultnapper, to be heard in. It’s a straight shot up Woodward and walking distance from Hart Plaza.

City Club is my favorite venue the weekend of the festival. This club stays open very late so don’t be surprised if you end up there until 6 or 7am. Two years ago, the Flying Circus party was my highlight of the weekend, and I heard last year they even opened up City Club’s basement for the event. I’m sure this year will not disappoint– it’s going to be dark, sweaty and you should come ready to dance.  It’s close, but I’d take a cab.

The official closing party is always a nice treat. St. Andrews is walking distance from the festival and this event has the most stacked lineup of anything going on Monday night: Maceo Plex, Loco Dice, Michael Mayer, Stacey Pullen, Buttrich and Detroit’s own Ataxia to top it off.  Unfortunately, this event is sold out. So those without tickets should look elsewhere, and thankfully there’s a lot to check out on Monday evening: Bicep & Daniel Avery at TV Bar, Country Club Disco with Golf Clap & Sergio Santos, KMS Records at Whiskey Disco and Voices from the Lake at The Works.

P.S.: Make sure cab drivers turn their meters on for you so they do not charge you some absurd price off the top of their head. 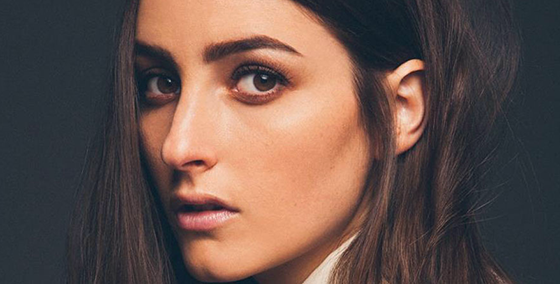 BANKS has us "Drowning" in our own tears