6 years ago by Chief Bosompra

New Orleans rapper Pell is gearing up to drop his debut album titled Floating While Dreaming  next week. The lead single off of the project is a song titled "SC2014" The track features Boldy James who has received Nas's cosign . The instrumentals for this are courtesy of Staccs, the chillwave is in full effect when listening to this jam. One of those tracks you can have playing in the background with little objection. Raised in New Orleans's 7th ward prior to being washed away by Hurricane Katrina Pell is focused and determined to bring his music to the world. Listen to his latest offering below and stay tuned for his debut album Floating While Dreaming. 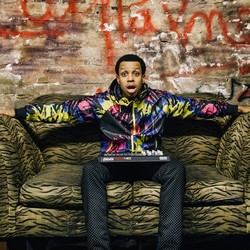