Dutch production duo W&W have explored their music as artists both together under one name, and apart. A year ago, you might have seen them at the A State of Trance 600 stage at Ultra Music Festival. But now, Wardt and Willem have fully embraced (and been embraced for) their unique style of music that shouldn't just be considered something for the ASOT stage, but rather, is something that's one word: big, and meant for the Main Stage as they played last month. First introducing the world to their track with Blasterjaxx that's out today on Revealed Recordings, "Rocket" embodies everything that hasn't been able to hold W&W back, and the reason they're collaborating with artists with such a broad range: everyone from Armin van Buuren, to Hardwell and Headhunterz. We got to chat with them about their journey together as W&W during Miami Music Week, and where they're excited about heading next. Check out our interview and "Rocket" below.

EARMILK: How has Miami been for you so far? Do you have Miami Music Week essentials to survive this week?

Ward van der Harst: It's been great! We've played twice - Story and the DJ Mag Pool Party. First and most important is new music. And second, aspirin. No but really I think for Miami we really like to bring the new music. Miami is the place we like to premiere a lot of stuff.

EARMILK: What are you most excited for this week?

Ward van der Harst: Ultra! Of course! We are going to play a totally new and different set - everything is new - so we're really excited.

EARMILK: Your background - how did you each get into music?

Ward van der Harst: I actually was like 12 when I was in the car and heard the dance record "Better off Alone" by Alice Deejay and I was just like, "What is this music?" I like that sound, the synthesizer sound , so I went on to try to figure out what to do with that kind of sound and that kind of music. And then I found out about DJing and though, "OK, I'm going to do this. I can make this music as well so let's try it."

Willem van Hanegem: It's basically the same thing for me. There was always dance music on the radio, but a lot of it was more commercial so I went to try to figure out more, to find out more about more music and artists. And then guys like Tiesto and Armin van Buuren were on the radio so I started listening to that, and I just wanted to figure out how to make this music and how to play it and from then on it started.

EARMILK: How did you realize that you guys wanted to work together?

Ward: We actually worked separately before, and when we made tunes together it always worked better than us doing it alone. So after a while, I think it took six months, to actually figure it out, and we decided to just stop the rest.

Willem: Back then, Facebook didn't really exist and it was all about MySpace. We had our separate MySpace pages and found that someone had made up a W&W page that ended up being ten times bigger than our pages apart. And we realized, 'Ok, this really means something. Let's go for it.'

EARMILK: Who do you look to for inspiration outside of dance music?

Ward: I mean, now we really listen to tons and tons of dance music. We don't even really have time for anything else. But when I see Coldplay come through in my e-mail I have to listen to it. You really can't go wrong with Coldplay. But yeah most days it's just dance music.

EARMILK: I feel like you guys have had an evolution in your sound that your produce. Where did you start and where are you now?

Ward: We always like to make big songs with big room sounds that we play for big festivals and big halls. That's always been our key favorite thing to do. We did our first couple of records that were slightly more trancey, but then we realized our true style was a combination of house trance and electro, and that nobody else was doing that. Everyone told us that it was not going to work, that nobody would play our songs and that it was too weird.

Ward: Yeah, we just like everything: we like trance, we like hardstyle, we like electro and progressive, and we just want to blend all the elements we love to make music for all different kinds of people. And at a certain point we saw that people were accepting it, and we thought 'OK now is our time, now we're going to do it!' So now we play everything in our sets - all sorts of genres - and it makes us feel more comfortable.

Willem: We've always had the same feeling we're looking for in making a track: we want to be totally blown away in the studio. The making of that specific huge sound has been in our first track, and it will be in our last track; we always want that big room feeling. Doesn't matter what style it is.

EARMILK: You mention Coldplay, but do you have someone you would love to collaborate?

Ward: We were actually just thinking about that. Last year when we were here we wanted to collaborate with Hardwell and Armin van Buuren, and we did that and are really happy with that. This year we really wanted to make a track with with Headhunterz and we did that back in January and now, we don't know! We really have no idea, we have to think of it. We just want to work with people that inspire us, and in the end, if it's a good track, it's a good track it doesn't matter who it is producing it.

EARMILK: That's a great thing to be able to achieve what you want to achieve! What else do you have coming up in 2014? 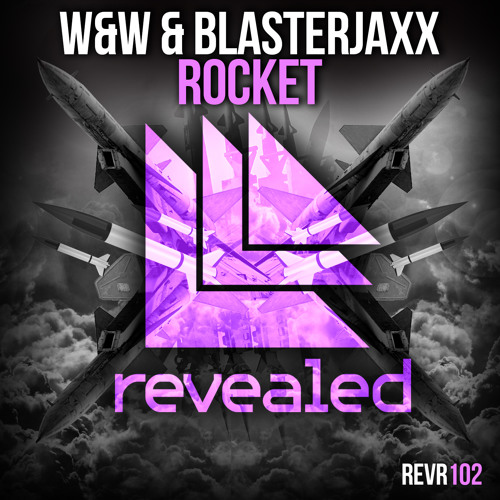