It's been a huge year so far for Gareth Emery. Releasing his second artist album in years entitled Drive earlier this month to critical acclaim and a pleased fan base full of new and old dance music fans, he's in the midst of a whirlwind of performances everywhere from Miami to Coachella to a UK tour. Today he's released the product of a special project he did for Magnetic Magazine, where he was camped out in Joshua Tree National Park in California and tasked to write a track using only his laptop: no phone, internet or other technology. The result is something truly indicative of his style, a scintillating journey through melodic dance that floats above any name of progressive, electro or trance. The track is out for free download here.

We also got the privilege to sit down with Gareth in the days before the official release of Drive earlier this month during Miami Music Week, and got some great discussion going. Check out the interview below!

EARMILK: Do you have special essentials that you always make sure to bring to weeks like Miami Music Week and Coachella?

Gareth Emery: Emergen-C! I haven't had mine today yet but it's pretty essential. Every year I talk about this week and I say, "I'm not going to go as hard this year." But every year it just ends up getting so out of control! This year I'm still trying to keep to those resolutions but I'm not so sure how it's going to work out. But for now, I'm sticking to it.

EARMILK: You've got an album to celebrate – that definitely makes it harder!

Gareth Emery: That's the thing! There's so much work to do every day, promoting the album and making sure all the social media is set and things like that. So I'll party the first couple of nights but I need my game face on for the rest of the week.

EARMILK: Back to the music – your sister is a singer, you're a producer, you grew up playing instruments: was your household a musical one growing up?

Gareth Emery: Yeah it's weird I grew up playing a few instruments, so did my mom, but my dad didn't. The rest of our extended family has a lot of musicians in it. It's kind of strange, I wasn't really pushed into it. We had a piano in our house, but it was for decorative purposes – no one actually played it. And I found at the age of four that I was able to listen to any track and play it straight back on the piano, so it became a bit of a party trick. At that point, my parents were like, "He obviously has an inkling toward this sort of thing," so then they started sending me to piano lessons and classical training and all of that stuff. That's really where it all started for me.

EARMILK: And of course now things have progressed a lot, and you even have your own label. As a frequent listener, I can always recognize a Garuda track. But for you, how would you describe the Garuda "sound" and what you look for in records that you could potentially sign?

Gareth Emery: I think it's kind of melody heavy. I've always had this influence in my music and in the Garuda music that really goes back to video games in the 80's and 90's. I'm not a big gamer now, but I was then and I think those melodies kind of got into my head in a major way and really flow through my music. I really look for "simple and effective."

EARMILK: Outside of dance and video games, what other artists have influenced you throughout your career?

Gareth Emery: I really try to draw influence from people who are totally outside of what I'm doing myself. So I love listening to the likes of Tiesto, Paul Oakenfold: the people who really got me going when I started. Peopl eof the late 90s. But then when I really got into this I started to ask "Who can I listen to that's really different?" So nowadays I really like to listen to guys like Sasha, Loco Dice and Hot Since 82 when I'm in the car. They're really doing things that are totally different than what I do, so it's interesting to go in a totally different creative place to go to get influenced by, rather than listening to totally similar music to what I like to make.

EARMILK: You made a declaration of sorts when you really started talking about releasing 'Drive' for the first time about returning to melody. What prompted that statement and decision?

Gareth Emery: I think it was just another week of receiving 100 promos that sounded exactly the same. I think I felt I had gotten overly caught up in the sort of "EDM" and "drops" sort of thing. And don't get me wrong, it's fun for me to play that stuff and it's pretty cool, but I felt it had become way too prevalent in my sets and I'd lost my interest for that sound a little bit, so I thought "now is really the time to move away." At that point, I had already written some of the tracks on the album, and the songs were written in an EDM way, so I went back and scrubbed through places and took out some drops, replacing them with melody. So I had to backtrack a little bit but it was totally worth it with the outcome.

EARMILK: I can't lie, I was really excited about that announcement.

Gareth Emery: Yeah a lot of people were, I got a lot of feedback that was like, "OK, we're excited for the album now!"

EARMILK: Yes and it was worth the wait – it's a great album. So when you were heading out on your cross-country road trip of the US with your wife, did you go out with the intention of looking for inspiration or did it just come to you?

Gareth Emery: It wasn't a trip that was designed for creativeness, it was just something we wanted to do. It was an amazing trip – kind of like a honeymoon because we didn't really have one when we got married because we were both so busy. But we'd always wanted to drive from the east coast to the west coast. It was an amazing journey with the sights we saw and these landscapes that we don't really have in England, whether it's massive open roads, deserts, stuff like that. On that journey I found that it was so inspirational, so much more than I thought it would be. Particularly the imagery, I was like "OK there's a lot of material here" that I could really use to put in the album.

EARMILK: Was there a specific place that you went that was extremely memorable?

Gareth Emery: You know, I really enjoyed all of old Route 66. So we took Route 66 from Oklahoma all the way to LA, and it's really just living history. It's now of course decommissioned, so you have these towns that used to have populations of like 10,000, and now they have 100. So you've got these crumbling ghost towns that you know were big hubs in the 1950's, and seeing that whole history is really incredible. It was really that imagery that inspired me. Also the space – we don't have space like that back in Europe. You can be like 3 hours away from civilization, and that's really a trip.

EARMILK: Is it a known thing in Europe that that's the thing to do, to drive across the US?

Gareth Emery: I think it's like a right of passage in a way. Obviously it's less impressive for someone who's grown up in this environment, here, but for us it just totally blew us away.

EARMILK: What else are you excited for in Miami Music Week?

Gareth Emery: We've got some awesome stuff coming up. My album launch party at Space is the big one – I've always wanted to play the Space terrace, and they've never given it to me in the past because the terrace is usually meant for that "cool" music, for like Loco Dice and Seth Troxler and they don't generally put people like me on. But we've done the main room at Space the past two years and absolutely smashed it, so I think they were finally like "Well, he's sold out the main room a couple of times so let's let him try the terrace." And of course Ultra is always super insane, and then Coachella in the next few weeks, it's that crazy time right now.

EARMILK: What else do you have coming up this year?

Gareth Emery: I'm just looking forward to making new music. I've built a new studio in my place right now, I've knocked down my garage and made the ceiling three and a half feet taller. And we're building the best studio I've ever had really from the ground up, totally custom designed by my own specifications, and it's going to be amazing for me to have that environment at home. So I'm starting album #3! I kind of felt like after Northern Lights in 2010 I kind of fucked around for a little bit, I made "Concrete Angel," which I guess I kind of dined on the success of that for a little too long, so I've said to myself that from now on into the foreseeable future, I'm aiming for an album every 18 months or so.

EARMILK: You've got to remind yourself to keep a good balance with touring in order to keep pushing yourself to make new music.

Gareth Emery: Exactly, it's so easy when you become successful to just tour all the time and never have time to actually get in the studio. So what you did to become successful in the first place, you are no longer doing, and that's the trap a lot of people fall into when they suddenly become successful: they used to be in the studio every night, but now they're on tour every night. It's a very tricky balance, and it's one of those things for artists who make their own music (and don't use ghostwriters and engineers and that type of thing), that they really need to get used to. And I'm getting better at it as I get older – it's always tough but I'm definitely getting better.

EARMILK: Do you have any advice for any up and coming artists?

Gareth Emery: You gotta make music. It all comes from the music these days. It didn't used to be the case, you could be the most awesomest DJ in town and that could create your career, but now music is your calling card and is what gets you known. Whether that's a good thing or a bad thing who knows, but really get in the studio and learn how to make your music. And actually what you'll see a lot of people do is that if they're not naturally good at making music, they go find someone who is and throw them some money to do it.

EARMILK: You've done a lot of collaborating, is there anyone you'd dream to work with?

Gareth Emery: Again I love to work with people outside of our dance music world. I would love to work with some of my childhood heroes: Noel Gallagher from Oasis, my totally favorite band growing up. It'll never happen, but he's one of the most talented songwriters of our generation and also a seriously fucking cool guy. 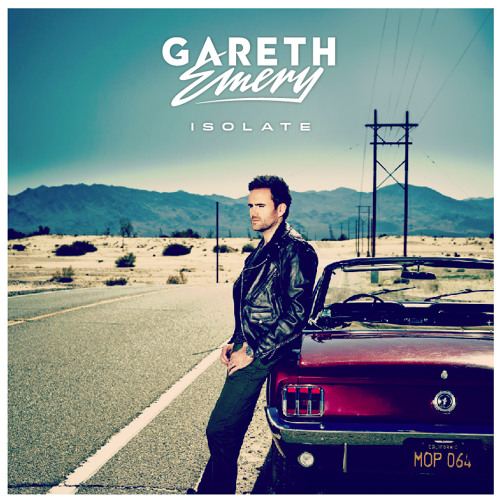