Black Moth Super Rainbow frontman Tom Fec has been talking about a new album from his solo project TOBACCO and he’s finally back! Get ready to have your mind shredded, reassembled, and then melted down into a puddle of steamy, rotting goo. “Eruption (Gonna Get My Hair Cut At The End Of The Summer)” is the first taste of Ultima II Massage, and it’s the exact sweat-drenched synths and raunchy beats to pick up right where 2010’s Maniac Meat left off. Fec’s warped vocals perfectly sum it up singing, “And I always hoped it would be like this.”

Tom Fec hasn’t been completely off the musical grid since the last TOBACCO album. Black Moth Super Rainbow released Cobra Juicy in 2012. Then last year, he teamed up with rapper Zackey Funk Force to release a badass debut as Demon Queen. Even though these captured the essence of TOBACCO, there’s nothing like a TOBACCO album. Ghostly will be releasing Ultima II Massage on May 13th. There are limited yellow vinyl and hand-dipped rainbow swirl vinyl pressings available. The hand-dipped rainbow swirl sounds rather tasty. 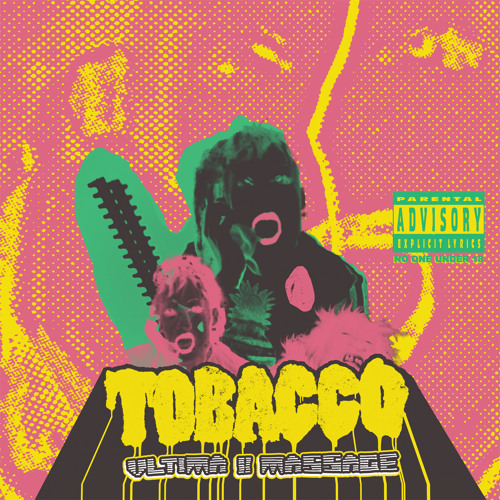 Vonzie lifts off "Helicopter" with a trap flip

Joel Compass gets over a love affair with "Forgive Me"