Liverpool-born starlet Jetta is finally getting the attention she deserves. Two years ago, she burst onto the scene with her powerful Florence Welch-leaning anthem "Start a Riot". The former backup vocalist for Cee-Lo Green was swept up by Republic Records soon after and finally released her Start a Riot EP earlier this month. The EP's second single "Feels Like Coming Home," is beautifully nostalgic - probably why Google selected it as the soundtrack  for their "Here's to 2013" video, below.

Moved by the track, New York emcee Incomparable Shakespeare remixed the record, adding in his own verses and percussive elements to change up a bit of the production. He reminisces on growing up in Brooklyn and being propelled by his own dreams to make it - a drive that's resulted in his movement #InvincibleDream. Check out the mixtape here, and check out the remix below. 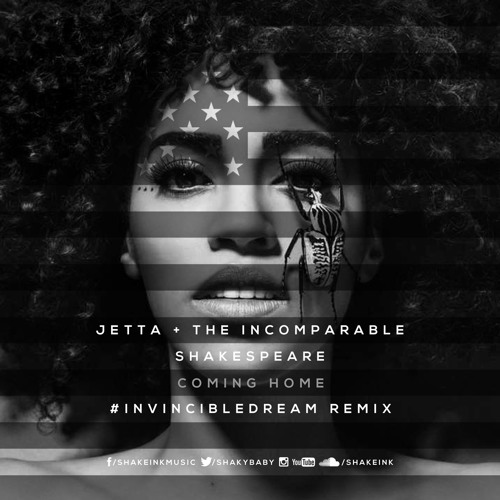