2013 is nearing its eventual demise; as such, everyone and their mother has been crafting their list for the best projects of the year. One of my favourite gems of the last 12 months comes from Kyle Rapps and his Mishka supported mixtape, SUB. A mesmerizing selection of songs that had the New Jersey born but Harlem perfected emcee spitting with the likes of Mr. MFN eXquire and Action Bronson, the tape is Rapp's successful breakthrough to a broader audience. Giving us an early Christmas present, the video for "Architecture" has Rapps bring in his brand of free flowing rhymes by the ton as we are treated with a flurry of quick shots showcasing the beauty of New York City. Of course, this all builds up to the Murs assisted verse in which he takes us to school with a potent verse that might just over your head upon the first listen. Directed by Robbie Barclay, the video is proof that a simple idea can go a long way when paired with an appropriate song. Check out the video down below and keep following Kyle Rapps before he gets the lights, camera... you know the rest. 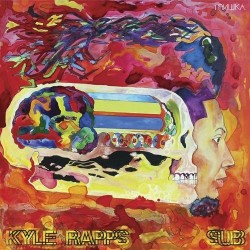