Jimmy Edgar made a lasting impression with the launch of his and Travis Stewarts' club intended label, Ultramajic. The initial EP release featured Edgar's track "Strike" which includes all the factors for a throwback sweaty party anthem you can only imagine. But imagination alone is a grand  part of the beauty in J. Edgar's music. No doubt. Managing to duck headlines by allowing himself to focus on the soul of his sound, Danilo Plessow reassures us how his time away from Twitter feeds is spent quite well in the studio. "Send A Prayer Pt 2" feels nostalgic, authentic, and whole. If it's not the sub-bass that gets your dancing gland going, then it'll be MCDE's perfect use of deep house chords that'll do the trick. The opening track to Kolsch's 1977 album, "Goldfisch", caters to anyone with an electronic music liking. Managing to have an appeal on differing musical scales, the song combines genre spectrums that listeners tend to disassociate with one another. Reworking one of Nina Kraviz's better known gems, Steve Rachmad added more hip-thrusting flavor to the track by initiating a jackin' take to the original. Giving new meaning to the song's name, Rachmad makes sure we understand the full potential of that ghetto 808 booty shaking music. AUS Music's roster can really keep a party going, and Midland's "Trace" surely proved that. A track with the ideal charisma of a good ol' tech-house track we can always appreciate every now and then, the grooves here make us grateful to be enjoying this vibe now and not later. A song destined for premier club monitors during the wee hours of the night, Daniel Avery's "All I Need" touches base on an array of dance feels any music fanatic can enjoy at one point. And when you've got Erol Alkan's seal of approval, you know you're doing something right for yourself. Championed as one of today's more beloved duo's, Bicep definitely prove to be as effective in the studio as they are behind the decks. "Mixxmaster 88" takes us to back to skool and sees the two making tasty music only they could pull off without sounding generic. Sampling timeless house tracks, this sampler is a continental breakfast for house devotees. Rachel Row's hit single "Follow The Step" went bonkers to the second power once KiNK gave it a little treatment (per usual). Giving the track a better layered depth to it that's soft enough to help you ease, the beat maestro knows the in-betweens of his craft well enough to construct a song that fits appropriately in both a club and bonfire playlist. If you haven't heard Boddika & Joy O's stuff by now, you've probably been under a rock or been listening to too much of that other stuff. "&fate" feels like one of those trippy carnival rides you're never too sure about once you're on it, but always glad for once you've hopped off. Get a kick out of trying to figure out what the lyrics are saying while you're at it. One of this year's more underrated duo's for sure, Kyodai teach us how two brothers can bring back a more than "organic" feel to a house song. With their use of acoustic instruments, warm piano keys, and bass driven grooves, "Breaking" is a stand-alone classic that deserves all the credit it got this year.

That wraps up part 9 in our ongoing 100 track series. Keep an eye out for the very last of our crate this year and grab what you missed off Beatport, Boomkat, and Juno. 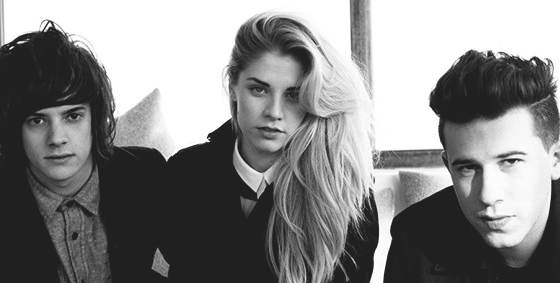