Before we allow ourselves to get nostalgic over the fact that duo Grown Folk have officially announced the resignation of their collaborative project in order to pursue individual musical aspirations, let's tip our hats to one of the tracks that made us sweat. Retouched by Gerd, this toasty loaf will definitely be one we digest for a while. With a buzzing year that saw the release of another Shifted full-length album and even a two series EP under his own Avian imprint, it was quite difficult to decide which of his many bombs to draw. But in terms of dance floor hard hitters, the aesthetics found in "Sektor A" could hardly be challenged. With a rough demeanor aimed for those Thursday night warehouse regulars who get a thrill out of straight to-the-point techno tracks deprived of any cheesy melodies, Sanys' "Down And Dirty" has what you are looking for. I mean, if the title itself isn't a direct giveaway for what to expect, go ahead and turn your monitors up.  This industrial roller coaster takes off with force. Sucking us into his rhythmic atmosphere composed of aeriformal beats slowly hovering around our head, Brooklyn producer Galcher Lustwerk lands the 77th spot on our list with "Tape 22". Giving new direction to deep house, it's all about reverting back to basics and demonstrating how a little simplicity can still go a long way. If you haven't heard this track already, you're in for quite the whiplash that goes felt all over your body  just before it gets into your head; this isn't by accident. Brian Sanhaji has been a consistent curator for some of today's toughest techno formulations. After listening to "Daria" you may be left feeling a little second-winded, but that's Sanhaji for you. It's hard to describe why this track makes us want to leap out of our seats and dance from start to finish. Perhaps it's the exotic presence that PVS places as narrative immersing us deep into a jungle setting while part taking in the party of the century. "Fuckin' Society" just doesn't seem to be inspired by the ordinariness of everyday social order, and that's why it made our list. Sweet-tempered and melodically induced, Elef's warm sounds can never get passed up around here. Nurtured by the roots of Chicago and Detroit, the Berlin based producer delivers a feel-good go-getter that is just as lovable as it is hungered for. Fresh! "UNTITLED A1" is analogue heaven, plain and simple. Made up of The Analogue Cops and the notoriously noisey Blawan, Parassela stir things up with the feature of Blawan's Karenn partner in crime, Pariah.Loud and random, this four-piece jam session has countless feels that dismiss any customary expectations. With hips grooving and feet moving, Manaré radiates a fun tune under the premier ClekClekBoom imprint. A club-house touch that only a French label could accomplish without sounding overdone, "Riddle" keeps momentum flowing steadily and ready to go. Few artists give off an exciting presence like Dystopian's up-and-comer Alex.Do. With a debuting track full of mystification and perplexity, "Concrete" had its position sealed on this list from the get-go. Managing to captivate the core of our earbuds with sweeping and hypnotic loops, there's no doubt that the best is yet to come from the young producer.

So that's part three of our ongoing 100 track series. Keep an eye out as we unravel the rest of our crate into the new year and grab what you missed off Beatport, Boomkat, Hardwax, and Juno.

Max Marshall – "Your Love Is Like (Oliver Nelson Remix)" 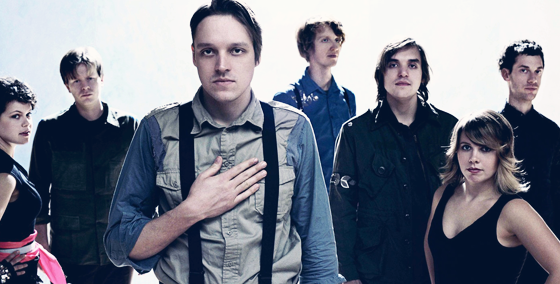