Duncan MacLennan, known by the stage name of DCUP, is an Australian disco-house producer and DJ. Best known for his collaboration with fellow Australians Yolanda Be Cool on the multi-platinum 2010 track “We No Speak Americano”, DCUP has also released several chart-topping remixes since his start in ’09.

The artist attributes his funky style to many influential musicians, from Miles Davis to Jill Scott and Jazzanova. He combined his love for music with a desire to “mess around with things” and discovered a serendipitous knack for producing killer tunes.

Alongside other big names such as Miami Horror and Viceroy, DCUP hails from an impressive group of talented artists under Vitalic Noise management. “Musical tastemakers in every sense of the term,” VN releases their creativity through a number of pursuits, from fashion to public relations, music producing and event planning.

Songs of this magnitude will undoubtedly propel DCUP further into EDM stardom, where we can hope to catch him tearing up dance floors and beguiling crowds. 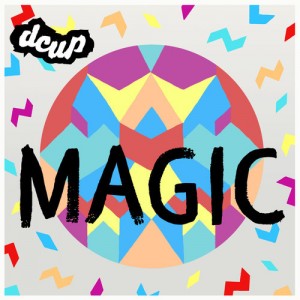