It is clear that Alex Barck is in electronic music for the pure ecstasy of creation, and a spiritual experience upon listening to his debut solo effort. The Berlin based producer and DJ is set to release his album Reunion via Sonar Kollektiv on October 7th, but we will have the exclusive stream for you right here leading up to the official release. With collaborations from sensuous vocalists Christine Salem and Jonatan Backelie the album seduces through flawless production, and what Mixmag called “Cuts of the highest caliber.”  French national vocalist Christine Salem is featured on the track “Oh Africa,” and Swedish vocalist is featured on opener “Doubter,” “We Get High,” and “Don’t Hold Back,” and creates a soulful, and vocal heavy feel for the album overall.

“Reunion” is deeper, and incorporates more introspective themes than a mainstream pump-up EDM album, with sounds of the motherland Africa and images of islands in the Indian Ocean created in untainted, musical vibrations. Over the year that Barck spent on the album he has created a meditative stream, interspersed with euphoric dance floor anthems and what Planet Notion called “Downright sensual dance music.” His strictly instrumental, 11 minute culmination to “Reunion” is a musical depiction of Barck’s adventures in the Indian Ocean. The album’s finale comes in waves, rolling symbols, and pure, enchanting images.

The consistent stream of his style as a producer is only matched by the magnitude of his output as a DJ and musician, which is also constant as a founding member of the well-respected DJ and producer collective Jazzanova. And Alex Barck has unfailingly demonstrated an ardent, intellectual, and radical passion for music, which we in turn are avid to promote. 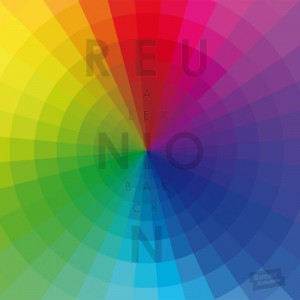