As the week comes to its eventual close, Sunday acts as a day of relaxation, recovery, and eventual realization of what feels like a distant memory of the debauchery that occurred as soon as you hit the town with your people or kept it real with a good ole fashioned house party. If you partied like Mitchell Lawler this weekend and aren't in the best condition, it's safe to say that sunglasses and Advil are probably your best friends right now. "Wünder Boys" has the Canadian emcee flowing over the Jay Z classic "Roc Boys (And the Winner Is)..." with his slick and easy going party vibes.

While the original track had Hov showing love to all of those who helped him out in the drug game, Lawler truly embodies the legitimacy of a champagne taste with a beer budget though his use of praising the timeless sport of  beer pong and the many consequences that arise during the heat of the game.  Be sure to check out the track, as well as his latest mixtape, Rookie of the Year, and show the young, hard working rapper some love. 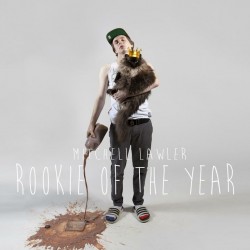