No one ever said rap couldn't be funny. I'd argue that rap has had a humorous streak even since the genre's beginnings – one candidate for rap's patient zero is like 30% about really bad cooking – and some of today's biggest names, like Danny Brown, MF Doom, Kendrick Lamar, and of course the Odd Future crew, are certainly indebted to this element of hip-hop's heritage.

From its inception and throughout its development, the persistence of humor in hip-hop has always been the consequence of the genre's focus on sincerity and authenticity. Rappers are expected to tell true stories and deliver their real experiences, and reality is never wholly hopeless, ecstatic, or anything in between. Sometimes the only way to deal with a tough situation is through humor, so rap has always been funny. Rap has, however, never been the joke.

At least, to a lot of people. We've all seen the ubiquitous tags under an acquaintance’s music section, hanging silently since the days of Myspace – “anything but rap and country.” Saving a discussion of the problematic cultural and class-focused implications of this common dismissal for another time, it suffices to say that a subset of the population consistently fails to recognize hip-hop music as artistically credible. More than almost any other mode of expression, rapping has fallen victim to caricature and dismissal under the guise of parody and irony.

To put it simply, rap has always had to deal with stuff like this (trigger warning: gratuitously terrible arm movements, light racism):

You can read more about the above atrocity over at the blog of reformed African dictator Mobutu Sese Seko, who has done an excellent job of explaining why pseudo-parodic rap of this nature is at best incompetent and at worst problematic. The general gist is that when it comes to intentionally-goofy rap, the “joke” more, often than not, comes from the juxtaposition of the medium with the message. That is, the so-called comedy is derived from the perception that rap can only be about certain things, and when it's not about those things, it's funny. So, we get jokes like this.

Isn't it funny that they're rapping in support of oppressive and marginalizing politics, rather than the usual progressive and sensitive, or at least anti-authoritarian, content that is the norm for hip-hop music?

Isn't it funny that a nerdy-looking guy is rapping about NES games and fanshipping, instead of something “hard” and “gangster,” like we all know the totality of rap is about intrinsically?

Isn't it funny that this suburban guy wearing a sweater is rapping about the joys of having privilege, when rap has historically been one of the most valuable modes of expression for marginalized individuals worldwide?

Hilarious stuff, right? Right? At the very least, it's stuff we've seen before, disrespect that the genre has largely outgrown and that we are able to comfortably ignore – if we choose to do so.

That's why it's all the more troubling to see the rap game's budding fascination with so-called “Sad Rap.” To my knowledge, there are only about two rappers and a handful of producers gathered under the banner right now, but in light of the hip-hop community's disproportionate response to the sadboys, it's even more important to take a critical eye to the movement as it becomes poised to attract its first wave of imitators.

Sad rap is the latest progeny of the ironic-rap family tree that is content to adopt the medium, but only at arms length. Just like the heartbreaking “conservative rap” which we've just seen, Sad Rappers rely on a comprehensive misunderstanding of the genre coupled with a hefty dose of irony. An appreciation of Sad Rap does not stem from a genuine connection with the music, but rather from the novelty of its “sad” aesthetic, which is in most cases entirely divorced from the tone and content of the Sad Rap song, as well as the erroneous perceived incompatibility between the medium of rap and emotive content.

Tune out the lyrics, focus on Pain's flow, focus on the beat. Can you still tell that this rap is ostensibly “sad”? Absolutely not. The emotive content of Pain's rap is technically present in that he uses the word “sad” over and over, but in terms of the track's tone and delivery, there's nothing there which is expressive of the actual emotion that he's claiming. No story, no imagery, nothing. Pain adopts the signifiers of sadness – namely, he says that he's sad every five seconds – but these claims are devoid of emotion, and instead only referential to it.

If Pain had replaced every instance of “sad” in his track with “swag,” “trill,” any other adjective that we're more acclimated to hearing in a rap song, nothing would differentiate his tracks from anything else. Sad Rap is something of an illusion – it's an aesthetic that doesn't contribute to the music that it is associated with in any meaningful way. The music itself isn't really bad or notable, it just isn't actually sad.

Don't get me wrong – the aesthetic idea of a more violently-emotive rap is extremely interesting. Rap's been waiting for its emo, or even for its powerviolence, for years, and while a couple artists have come close (Kanye and Death Grips, respectively), the Sad Rappers aren't going to get there if they don't understand the interaction between text and tone. Saying that you're sad is not enough – as the classic journalistic adage goes: show, don't just tell!

By adopting the aesthetic of sadness without actually representing it within their music, the Sad Rappers place themselves in a uniquely compromising position, the same position occupied by nerdcore and conservative rap. The entire gimmick of Sad Rap and these others is that they're ostensibly rapping about a topic that is intrinsically at odds with the rap medium, be it sadness, tech crap, or why Obama isn't actually an American citizen. By framing sadness and rap music as an ironic juxtaposition, the Sad Rappers imply that rap and sadness are fundamentally incompatible.

Emotive rap, even rap that is depressive or sad, isn't actually anything new. In fact, it's actually pretty common, even mainstream. I mean, Nas and the Bone Thugs exist, 808s and Hearbreak exists, Danny Brown's been calling himself “emo” for years. You're telling me these guys aren't sad, even occasionally so?

By labeling a specific subset of rap as “sad,” Sad Rap implies that the genre as a whole can't be sad on its own. The Sad Rappers lack an understanding of the genre and don't consider rap to be a legitimate vehicle for the expression of a wide range of emotion. Consequently, they attempt to derive irony from the juxtaposition of their "depressed" lyrics and aesthetic with their choice of medium.

Sadness in rap isn't some new invention, and treating it like it is only works to further devalue a mode of expression that has struggled to be taken as artistically serious since it's inception. Rap is always welcoming of new and unique voices. The one requirement has only ever been some degree of sincerity. Isn't the genre a little too old for this kind of joke to have any traction? 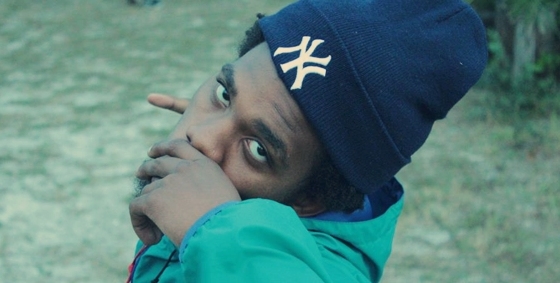