Last Friday, we gave you a preview of all the goodies we would be giving away during our 1ook extravaganza, and today, the day has finally arrived. We're totally stoked to celebrate the milestone of 100,000 Facebook fans (not to mention our adoration for our Twitter followers and everyone else who's kept up with Earmilk over the years). We thought there was no better way to celebrate than to give away some awesome swag to the people who made it possible. Things have changed a lot since Earmilk was founded four years ago, From the music you love, the festivals you can't wait to attend, and the gear to enjoy it, we're bringing you a smorgasbord of prizes. Take a look below and enter to win!

One of the most recognized labels in the scene, Bromance records has been an indomitable force of electronic music. The brainchild of Brodinski and his manager Manu Barron, the imprint has been a staple for bringing the underground to the forefront with artists like Gessafelstein, Illangelo, and Kaytranada. Having recently expanded their ventures overseas with Bromance US, fans of the often French founded will now be able to enjoy In fact, their fall tour begins on September 26th in Hollywood at Avalon, then continues through October 6th till their final stop at The Estate in Boston. From the label, our winner will receive the last four promo CDs (Bromance 8, 9, 10, 11), a sticker pack, and either a Bromance US or Illangelo t-shirt.

When you show up looking extra fly at the next concert you go to, you can thank Earmilk and Time-Peace. Founded in 2009, the purveyor of fine watches aims to revamp your perception of day-to-day living, making good on its motto "stop worrying and start being". Their Lightwarriors wrist wear may not seem very functional at first, because the watch simply displays graphics that combine a tree, a clock and a brain. However, when you double tap the face, a ring of LED lights turn on to tell you the hours and minutes. Why, you may ask? Because the watch's unltimate goal is "to remind you to be present in the only moment that ever exists – Now."

Enter to Win 1 of 3 Time-Peace Watches

Sensation has long been a regular festival of the European nations, beginning back in 2000 as Sensation White in the Netherlands until it became so popular that it spread throughout the area. Now the event is held from Poland to South Africa, including one of the most recent additions, the United States. Held in the Barclay's Center in New York at the end of October 2012, the debut came as a huge success, spawning the expanded 2013 edition, which also will roll out to San Francisco, Las Vegas, and Miami. As for talent, Sensation has gathered some of the best in the business, including the headlining act, Fedde Le Grand. For our 100k giveaway you have the chance to win a pair of tickets to each of the locations, where a white wonderland of epic proportions waits to greet you.

Those fans who love deep and tech house know that San Francisco's premiere imprint Dirtybird Records has become a staple provider of the genres. Founded by Claude VonStroke who began his career with his first release back in 2006, The Whistler, it's amassed a crew of dedicated fans that flock to the Dirtybird Players parties hosted around the world. And who can blame them, as the label boasts a roster that has released heavyweights Justin Jay, Eats Everything, and Justin Martin. will commence his Urban Animal tour in October, which will continue all over the United states through November. For this giveaway, you are entering to win a Dirtybird label t-shirt, Five Year Compilation (Double CD), and three vinyls:  The Martin Brothers' "Rocket Surgery", Claude VonStroke & Christian Martin's "Groundhog Day, and a signed copy of Claude VonStroke's vinyl test press of "Le Fantome". Street value: priceless. 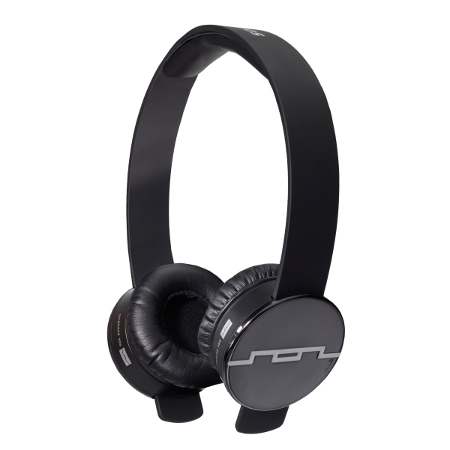 We know that the quality of your music is extremely important, not just in what you listen to but also how you listen to it. While some people may be satisfied with your run of the mill headphones, Earmilk knows that our fans need something more that will let them explore every facet of sound. Sol Republic brings premium sound quality to those more refined ears, all packaged in a sleek, eye-catching design. The Tracks on-ear headphones come as the perfect fit for that music aficionado who wants highly transportable sound that will also stand the test of time. Enter on the next page for a chance to win one of three pairs.

Having collaborated with over 50 musicians and artists on the product, V-Moda knows their LP2 headphones can deliver on their promise of superior sound. Dual 50mm drivers power the set, which also features a kevlar reinforced chord, detachable microphone, and passive noise isolation. The over-ear headphones will be sure not to disappoint and come with a stylish case for when you're on the go.