Yung Skeeter & Wax Motif - Next to Me / Hush Hush [Premiere]

Whether you know him as DJ Skeet Skeet, Trevor Skeet or Yung Skeeter, Trevor McFedries is a jack of all trades. College athlete, producer, director and DJ, the artist made his first appearance on Dim Mak Records last year with the single "Stand Again." This week he brings the skills he's acquired while building his diverse resume to join forces with fellow Dim Mak laureate Wax Motif on a phenomenal house EP with two stellar singles. The first is "Next to Me," which features the poppy, fun yet emotive vocals done by Navaeh. The single is one whose successes come from two artists working together to capitalize on their strengths: Wax for his club and electro synth work, and Skeeter for his understanding of funky and soulful bass lines.

"Hush Hush" is a much deeper, tech-driven electro house track, a seemingly new adventure for both artists. Helping to create a great diverse listening experience on the EP, the production reminds us that a talented artist can flourish in any type of music if given the right tools.

Released officially on Beatport tomorrow, "Next to Me" and "Hush Hush" are, you guessed it, out on Dim Mak Records. 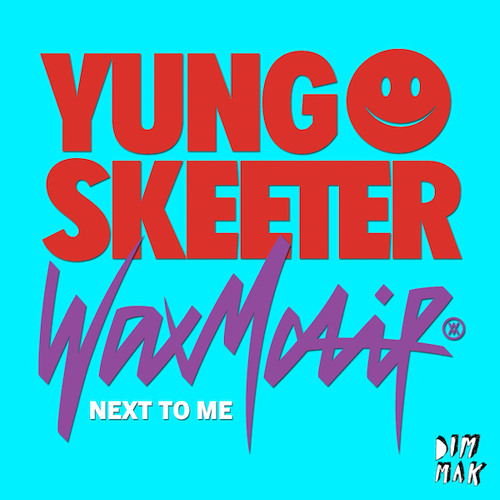