Today we continue our feature series on the must-see label supported stages at the fifth celebration of New York's favorite Labor Day festival, Electric Zoo, with a special appearance from Fool's Gold Records. The Fool's Gold Clubhouse will reside at the Riverside tent on Saturday by this year and features performances by AraabMuzik Brodinski going back to back with Gestaffelstein, A-Trak, Oliver and others. The renegade, down-to-earth, no frills label is one made most famous by artists like the latter and Danny Brown, and has quite the reputation for throwing a raging party where attendees really feel like they're part of the club. And unlike many of the artists at E Zoo, Fool's Gold and the many of the artists it procures are not only driven by electro, but hip hop and vinyl-driven spinning.

Returning to Electric Zoo this year is the one and only co-founder of Fool's Gold Records, Nick Catchdubs. The critically hailed "indie innovator" has helped shape both the direction of electronic music as well as his label's vision through discovering illustrious artists like Kid Cudi through his eye for great talent and his unique approach to music. And in his own production, he's taken his influences from across all genres to give us body-movers like what we've got today: an exclusive premiere of his latest work with fellow Brooklyn producer 2Beeps, The Bubblegum EP. As carefree as its name indicates, The Bubblegum EP is a pack of supercharged booty bootlegs that the guys produced to include in their festival sets. We also got to chat with Nick about his inspirations and quirks, and if both of these things don't get you hyped for Electric Zoo, I'm not sure what will! Don't miss his set on Saturday 8/31 from 12:10-1:10.

Love the EP? Well this feature is just full of goodies: enter below to win a pair of tickets to Saturday of Electric Zoo New York!

Earmilk: Did you grow up in a musical household? Who in your personal life inspired you to pursue music?

Nick Catchdubs: Both my parents are teachers, they weren't hugely into music (my dad only had one tape in his truck, The Eagles's Greatest Hits, and I remember being scared of the song "Witchy Woman" because I thought an actual witch was following us) but we always had movies and books and magazines in the house, and once we got cable – which for all intents and purposes was ONLY tuned to MTV throughout my childhood – it was a wrap. I knew this is what I would be doing.

EM: What about artistically, who has inspired you most?

NC: The late 80s/early 90s were such a formative time for me as far as all pop culture was concerned. So all that Alternative Nation and Yo! MTV Raps era music made a gigantic impact (although I actually watched Video Music Box way more than Yo!). Now the stuff I'm most inspired by career-wise is seeing friends I've known forever like Diplo do their thing on a mainstream level. And musically, just the people around me working to innovate and constantly get better. Every day I go through hundreds of songs, and always hear a new track or two that makes me say "Oh Shit!" It's a very healthy time for music across the board.

EM: What are you most excited about performing at Electric Zoo?

NC: It's a party! I like events that are raved-out from the jump. Looking forward to hearing my new stuff and upcoming Fool's Gold tracks on that system. Astronomar did a remix of my single "Bizness" that I'm sure is gonna go off.

EM: What's something we'd be shocked to find in your studio?

NC: I split a studio in Bushwick with my friend Proper Villains. The decor is mostly his doing but I donated a vintage talking Pee Wee Herman doll to the cause. And honestly if you know me that shouldn't come as any shock whatsoever…

EM: How did you end up working with Fool's Gold in the first place?

NC: A-Trak and I became friends once we started getting booked to DJ the same parties in the mid-00s. We quickly realized we had very similar attitudes and outlooks on music and the new sounds developing around us. When our friends started making original music, we decided to start a label of our own because we knew none of the existing ones would know what to do with them. We wanted to be a real home for our friends and this scene. And as much as we've grown as a brand over the years, the mission is still exactly the same.

EM: Is there a musical style you'd like to experiment with that's outside of your normal realm?

NC: I feel like my sound is pretty diverse off the bat, I'm already messing around with everything I like. I really want to do more production for non hip-hop artists, some straight up singer shit from a DJ perspective. I would love to make a modern day equivalent of something like Nu Shooz "I Can't Wait" or Neneh Cherry "Buffalo Stance."

NC: I'm going to continue to release official Fool's Gold singles off my album Smoke Machine (which will be out in full early next year) along with freebie bootlegs of stuff I'm playing in my sets. I'm also working on production for a bunch of artists on the hip-hop side of things like World's Fair and Black Dave. I did a song for Gangsta Boo that Kitty is featured on, I think that one is going to surprise people. 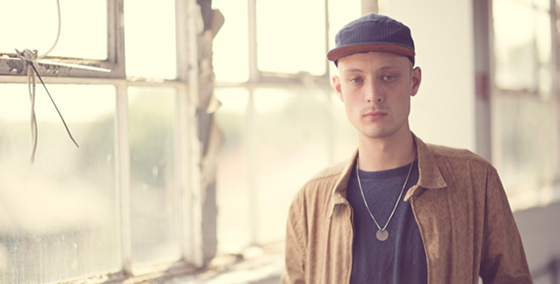 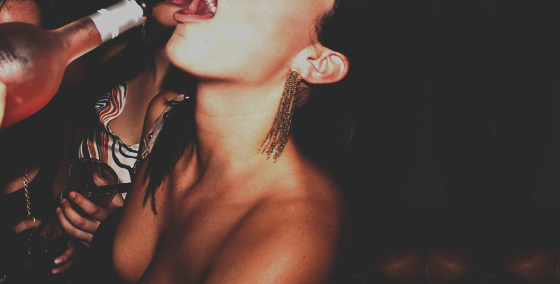