As TDE's Ab-Soul preps his follow up to his well-received 2012 release, Control System the West Coast rapper unloaded his latest militant and lyrically charged audio manifesto,"Christopher DRONEr". The reputable lyricist unleashes a calculated sociopolitically conscious  lyrical barrage over ominous production laid down by Digi+Phonics's Willie B. The controversial and equally thought-provoking artwork for the track features a photoshopped picture of the infamous and now deceased Christopher Dorner, the  LAPD police officer and United States Navy Reserve officer who was charged in connection with a series of shooting attacks on police officers and their families from this past February.

Ab-Soul's decision is sure to bring about at the least a mild maelstrom of buzz on the internet due to the fairly recent tragedy and persistent rumors of  a LAPD cover -up and web of lies of deceit regarding the Dorner shootings. Dorner's rash of attacks set off one of the largest manhunts in American history. Regardless of the reaction, it's safe to say the black lipped bastard has succeeded in grabbing listeners attention with his provocative bars and flair for igniting minds, intrigue and healthy debate. 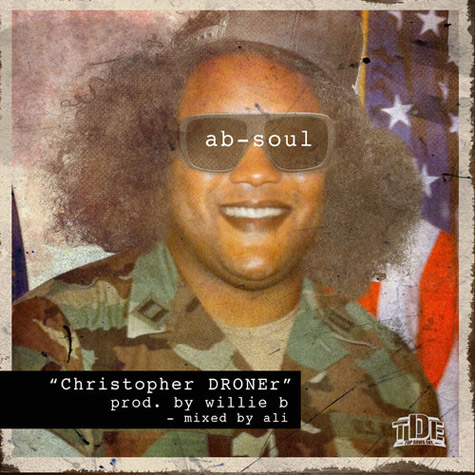