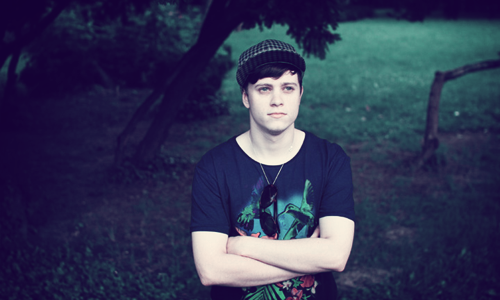 While scottish electronic producer Rustie has been releasing similar music since 2008, he has only recently been exposed to the market outside of the UK. Within the last year he has used his collaboration with AlunaGeorge and single "Slasherr" (recently remixed by Flume) to prove that his sound stands apart among the trend of artists that are gravitating towards electronic/downtempo styles.

Contrasting Rustie's path through the music industry is Bloc Party, who came on strong with their debut in 2005 and have been seemingly trying to play catchup ever since. In realizing their differing trajectories Rustie had nothing to lose in remixing Bloc Party's new track "Ratchet". In doing so he provides listeners with a controlled mesh of alternative and experimental downtempo, using heavy elements of both ends to support a progressive structure. Instead of relying on Kele's distinct vocals to carry the load, Rustie chose to limit Kele as the focal point until the break, which works to balancing the instrumentals seamlessly.