Another Toronto native is poised to be the next big name out of the Canada and he goes by PartyNextDoor. The best way to describe his sound would be the outcome of a mix between Drake, Jeremiah, and Future– if these artists were morphed into one the result would be the 19 year old PartyNextDoor.

The first artist signed to Drake's OVOSound imprint, the relative newcomer just released this offering rightfully on Canada day self-titled PartyNextDoor. Appearing to come out of relative obscurity with the leak of his single "Make a Mill" produced by 40, the Mississauga native puts on quite a show on his newest release.

Stream several tracks off the mixtape below and grab either free download (link provided below) via the official OVOSound site or show some financial support via a purchase on itunes. 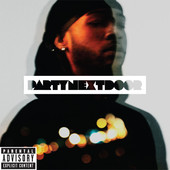