Today's delivery is brought to you by a Thomas Prime remix of Funky DL. Funky DL is a british MC that perhaps you haven't heard of but doesn't doesnt negate the fact that he's already released 14 studio albums. One of the first time we covered this artist was when he made a track called "Ode to Nujabes" and most Nujabes fans have atleast heard Funky's voice as he was featured quite a few times. And then you have someone like Thomas Prime, the british Producer, who realizes the amazingness that Funky DL's lyricism provides that he decides to remix the track "Clock Watchers". The remixed version introduces a trance inducing rolling synth rhythm and Thomas Prime also fills the track's body with warm atmospheric layers of Clams Casino-esque ghostly vocals. This gives the track an entirely different feel and a perfect sound for relaxation.

The remixed track can be found on the Friends & Family 2 Compiliation album released on
Cult Classic Records. Check out the track and chill... 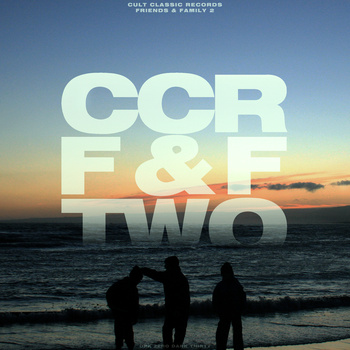 Clock Watchers is incredible. I live for underground hip-hop like this. Great find.