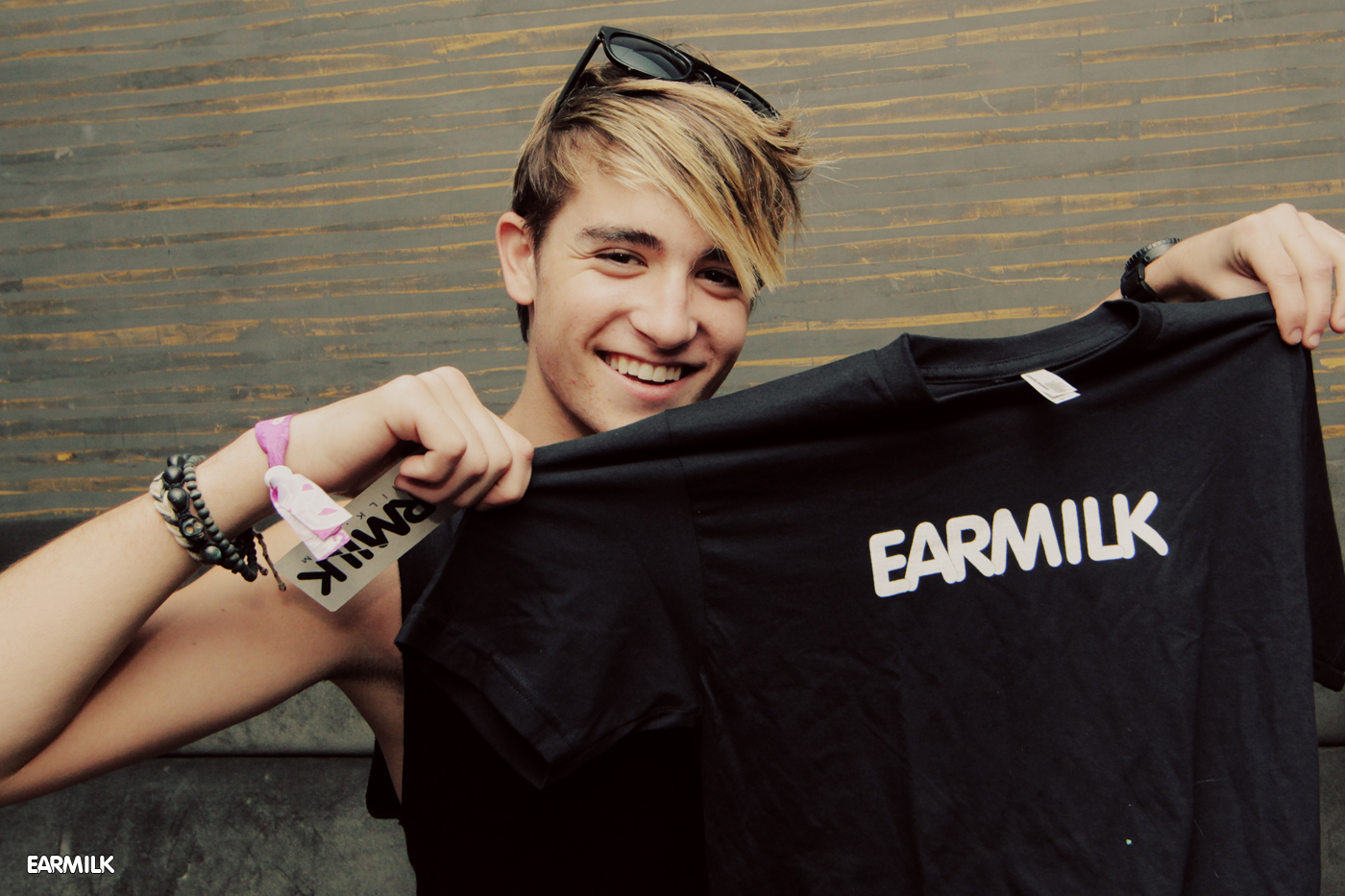 When we first arrived on-site at this year’s Electric Daisy Carnival New York edition- we entered what honestly felt like a concrete jungle- in the oft distance we heard Danny Avila make his presence known in New York City with his all-too-familiar, enthusiastic stage entrance. The immense energy and charisma that Danny brings to the stage at such a young age never ceases to incite excitement in the audience- from the moment he opened with his Fall beatport smash Breaking Your Fall to closing out his set with Kastneholt & Dee’s One Two F**ck You (Original Mix)- Danny maintained an active vehemence that pursued a wide variation of upbeat and melodic electro hits with steady progressive undertones throughout the entirety of his set.

We had an opportunity to catch up with the 18 year old Spanish wonder-kid and here’s what he had to say on his big plans to come in the next few months:

Earmilk- Great Set,  so how was your experience playing at EDC New York?

Danny Avila- EDC is amazing, I’ve played a couple of shows, EDC shows before- EDC Orlando, Puerto Rico and the vibe is amazing plus its New York- its actually my favorite city, I’ve played here more than 10 times and every time its better and better. Last time I played Webster Hall on the Generation Wild Tour, it was really wild and today was massive. It was so much fun.

EM- So going back to Generation Wild, you guys just wrapped that up about a month and a half ago - how did that tour help you grow as an artist- working with Deniz Koyu, dBerrie, Mikael Weermets?

DA- It was the first time that we toured all together versus by ourselves. It was a great experience, especially because we all learn things from each other. They’re all great producers and we all learn production tips from each other and it was a good experience. We’re going to repeat the tour and go for round two!

EM- Oh really? When and Where?

EM- So now that we’ve discussed EDC and Generation Wild- you’ve obviously played a ton of clubs here, you have residencies set up in Vegas and Ibiza this summer—do you enjoy playing festivals or clubs better?

DA- Tough question, because I think its important to do 50/50 because if you only play club shows its small but if you only play big shows then it gets boring, not boring but my opinion I like to play clubs, festivals, also beach clubs, whatever, even private shows. Also warmup shows- I love to do everything.

DA- Of course! Pacha is something else [haha]

EM- Where do you find that the energy is best?

EM- Obviously you’ve accomplished so much at such a young age, what has been the highlight of your career so far? Most memorable moment?

DA- My Ibiza residency this summer was sick I played so many shows on the island, that was good. I was playing with Tiesto like every two weeks which was awesome. Then I did a very cool tour in September so  I was sort of in the states for the very first time and it was a very cool experience. I did Coachella which was also a very cool experience, the first weekend was better than the second- it was wild and it was crazy, and Ultra was something else, everyone was there!

EM: So speaking of your Ibiza and Vegas residencies- where is the party going to be this summer? Ibiza or Vegas?  New York? Or the festivals?

DA:  I love Hakassan its amazing club- its cool to do a bit of everything. Vegas is different, but Ibiza for sure. I’m playing a lot of shows in Las Vegas, like 20 shows this year and I’m playing like 3 or 4 different clubs on the island. I don’t even think I’m going to have one day off in the summer after checking my schedule.

EM: Well you’re very energetic and love to take on every project that comes your way, so I’m sure you’ll have a great summer! You have a great team behind you and you have our support! Thank you for your time, we appreciate you doing an interview with us! Best of luck this summer.