Fossil Collective's approachability was a key carrier to their success in 2012. Their debut EP On and On, as well as its successor Let It Go, progressed upon a relatable vibe which transcends that of your routine dream-folk outfits. This crowd-pleasing methodology, built around seductive harmonizing and convenient melodies that swoon all the same, is a blueprint for success that traces back to revolutionaries like The Beatles and Fleetwood Mac. It's a formula designed to reach a wide variety of listeners, eschewing progressive tendencies to create a product that always leaves the door open. This isn't to say Fossil Collective is unoriginal, but it's not particularly anything we haven't heard before—and in this case that's a double edged sword that cuts deeper on the good side than the bad.

This glimmering folk-rock report isn't exactly "edgy"—but that's not its intent. Their debut album Tell Where I Lie takes the beaming frontrunners from 2012's trifecta and pours them into a bowl of nostalgic soup, resulting in a record thick with rueful sentiment that's often masked by radiant, instrumental froth. It's this ability to feed apologetic lyrics to the listener without rousing a depressive state that glues the album together. Such complexity requires an elusive musicianship, one that Fleet Foxes perfected in 2011's Helplessness Blues, a masterpiece that Tell Where I Lie doesn't exactly mirror but charms with the same sort of honest repose.

From the tracks themselves to its organization as a whole, the record is well put together—particularly for a debut work. Fossil Collective has always had a knack for expressionism, often presenting lyrics that enumerate past failures, optimistic hopes and a general rehearsal of the feelings that claw at all of us in a way that's never over depicting, but effective nonetheless. Perhaps the strongest track on the record, the breakup saga "Let It Go" encapsulates the general feel of the album perfectly. Quelling on the pains of resentment, it longs for a solution that seems clear to the lyricist but less apparent to his recipient. It's a bittersweet track, but as with everything on the album, the warmth is still there.

Fossil Collective confronts more of the past than the future in the album, and not much of what it looks back on is particularly happy. As with "Let It Go", they wrestle throughout the record with their own shortcomings and those of others, often looking to provide the solace necessary for various struggles. The album really is, when it comes down to it, a masterful work—one that picks at the very conflicts people so often suppress. By providing a narrative without blatant storytelling, it manages to guide the audience along an adventure while demonstrating points in between. These messages are often just as important as the descriptors, and while they won't hold your hand, the lyrics of Tell Where I Lie will maintain your interest as much—if not more—than anything else.

As a whole, there's hardly a moment in the album that is disengaging, but the record is strongest over its latter half. The four tracks that span its second act could serve on its own as a complete EP, trodden with anthematic sequences that stand alone in comparison to their counterparts. "Monument" shifts the tone abruptly, dismissing the balladic feel of its predecessor for a more ambient, almost Bon Iver style atmosphere. The persistent harmonies eek with gorgeous falsetto, serving as testament to the vocal range of the group. This aura is fleeting however, as the album turns things back up with the hit "On and On", eventually culminating its energy with "The Magpie" before simmering down for the curtain call, "How Was I Supposed to Know". This sequence of tracks pushes the album out of the confines of typical—although very solid—dreamy folk and into a level of its own, unrivaled by similar acts of indie-folk lore.

Tell Where I Lie tip toes along the edges of a variety of topics, but its evocative and analytical nature never falls into self-indulgence. The record feels remarkably bright amidst it's bittersweet tendencies, and showcases the duo's musical flexibility while retaining the intimate vibe that made us fall in love with them in the first place. It's their compassionate understanding and empathetic nature that makes Fossil Collective's music so special. There's much to be said for the recent obsession with escapism that has overtaken the indie scene, and a surefire example of what's right about it lies in this debut record. It's a quality work that will jerk your heart around and force you to ponder life with introspective emotional disparity, cutting back the curtains of ignorance and exposing the flaws, and the triumphs, of us all. A surefire candidate for debut of the year, Tell Where I Lie is an album whose message we can all relate to.

The Fossil Collective | Tell Where I Lie Tell Where I Lie 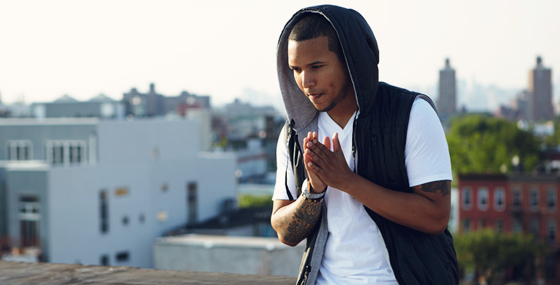