Following his 2012 release Orbits on Civil Music, Philadelphia's Starkey releases his debut EP on the label he co-runs with Dev79, Seclusiasis, on March 25. Though primarily known as a bass music label, Seclusiasis has been known to release a variety of left-field electronic music from artists like Rusko, NastyNasty, Slugabed and the popular Street Bass Anthems compilation series. Starkey's sound, too, varies: from sci-fi influenced, atmospheric songs to hard, heavy club bangers.

Below is a preview of the forthcoming Inter-Mission EP and a brief interview with Starkey about what he's been up to lately.

EARMILK: What were the ideas behind your new EP, Inter-Mission?

Starkey: I had a bunch of vocal tracks that were either unreleased or only available on vinyl, so I wanted to see some of them get out.  Plus I was working on some instrumental tracks after Orbits that I thought could tie in with those.  Dev79 and I had been talking about putting together an EP for Seclusiasis for a while, so it just seemed like the right type of release to do for our label. 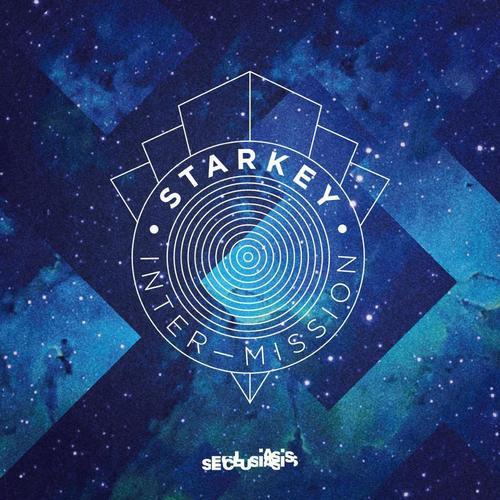 EM: How has your style developed over time, leading up to this release?

S: My sound has always been based around my interest in combining big synths with grime and hip-hop.  So I think that things have just tended to gravitate towards either end of the spectrum... more atmospheric, epic, almost post-rock type arrangement to more stripped-back grime-sounding stuff.

EM: You run your own label, Seclusiasis. How did that get started?

S: Dev79 started Seclusiasis before I was involved.  It was his outlet for doing studio stuff, the radio shows and putting on events.  I got involved after I took part in one of the laptop battles he was throwing in Philly back in 2004 or 2005. We were like the only people in Philly who were listening to grime and making music, so we just decided to start working together through our interest in that.  Now we both run the company and use it as a kind of catch-all for everything that we doing.

EM: How do you know when an artist is a good fit for the label?

S: I think we know immediately if it's something that we are interested in.  Musically things just jump out at you.  The person has to have a good attitude as well, that's really important.

EM: How involved do you think a label should be in shaping releases from the artists involved?

S: Labels should definitely get final say, because it's the label's brand that is representing the release. But we're all for the producers and artists presenting the material in the way that they want. We get them involved with the art and promotions all the time.

EM: What does your live set consist of, how do you prepare for a performance?

S: I haven't done a live set for a while.  I've been DJing for the past few years using Serato.  I do have plans with my next full length to do a brand new live set, but I'm still working out what that will be.

EM: What's inspiring for you outside of music right now?

S: It's usually the same things that get me inspired: movies, comics, stuff like that. The Flyers aren't really inspiring me right now or Philly sports in general.

EM: What music have you been digging lately? Some favorite releases from the last few months?

S: I really like the new Apparat album.  The new Lapalux stuff is really solid as well.  The Inc. album I think is good. I've been listening to King's album which we are putting out on Seclusiasis next month a ton as well.

EM: What are you excited about in the near future?

S: I'm excited to finish up my new album and get working on this live set.  It will be fun to figure out how to make it engaging for me on stage as well as represent the music well for the audience.