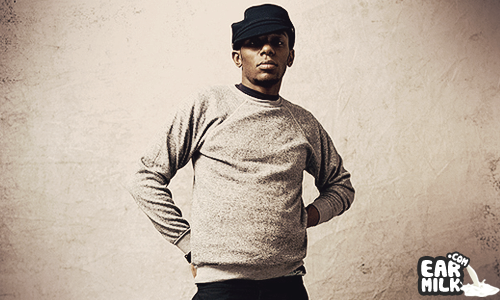 Mos Def is a man who needs no introduction. Known for his mindful hip-hop and dapper taste, the multiple Grammy-award nominee is often viewed as one of the most skilled artists of our generation. He is recognized as a child of hip-hop's Golden Era, having absorbed the culture of his native Brooklyn, an environment that undoubtedly defined his broad musical interests and shaped the mix of not-strictly-hip-hop sounds heard on early solo works such as Black on Both Sides in 1999 and The New Danger in 2004.

With the support of hip hop trio De La Soul, Mos started his musical career with several successful singles before collaborating with long-time friend and fellow Brooklynite, Talib Kweli, in 1998 to create what would become the critically acclaimed Black Star. Not long after, Black on Both Sides went gold with critics praising it for taking "hip hop back to its soapbox roots." The release secured his position as a considerable heavyweight in the rap game.

During that time, Mos produced several tracks on Kanye West's The College Dropout and Graduation, both of which are regarded as seminal hip hop albums. In addition to West, Mos has worked a number of hip hop behemoths including The Neptunes, Jay Electronica, Madlib, Hi-Tek, Mannie Fresh, and Eminem, as well as music icons like Gorillaz, Mark Ronson, Robert Glasper, and Erykah Badu.

In recent years, his fame has only continued to rise, as he has graced the silver screen in more than 30 movies and TV shows and earned himself both a Golden Globe and Emmy Award nominations for "Best Performance by an actor in HBO’s mini series Something The Lord Made. Today you can find him on Showtime’s hit show Dexter. If you are looking to catch him LIVE, head over to Los Angeles’s Belasco Theater on Wednesday, March 20th for an extra special performance. Earmilk is honoured to be presenting the show and we've got a few pairs of tickets to give away so some devoted fans. Head over to Earmilk Events to enter.