My name is Eric and I am your host of Straight from the Teet, where I will delve into 7 new albums per week and let you know which tracks I loved from the albums I listened to. I hope that my exploration through this never-ending sea of music will help satisfy that hunger for the brand new tracks you have been seeking. Nathan Peters spent his childhood around the production side of hip-hop. His older brother grew up a songwriter and his stylistic attention to detail helped create a free flowing identity for Peters to grow into. Peters, who was born in 1989, would go on to create his solo project Sinitus Tempo in 2004 after years of developing his natural abilities. After releasing countless records since 2009, Caged Bird marks a significant time in his career. On this latest release from Peters, all of his ideas and influences really come together in a very fashionable way. Although his music is labeled as instrumental hip-hop, it's far more then that. His progressive jazz beats and stylistic rhythm and blues influences really shine brightly on this record. Peters brings in some classy jazz arrangements with plenty of saxophones, organs, and cellos and the whole thing just sounds very 1925 in a weird way. The hip-hop beats that topple over these groovy arrangements just add perfect splash to the whole thing and the production ends up being very mature. This is a very talented young man at the helm of these beats without a doubt. Everything Everything is a British indie four-piece band that formed in 2007. Having diplomas in the field of music from a prestigious university has really shaped the band's overall concept as they are a pop band that does everything they can to make music that you’ve never heard before. Their most attractive features are distinctive falsetto vocals and a unique overall sound. Sure, they are using your basic rock instrumentation but the way these instruments are put to use is just purely innovative. Their newest release Arc is the band's sophomore LP and these ideas of unpredictable styles musically are still present here. Their music is very far out of this world in a lot of ways especially songs like “Cough Cough” which blends a very odd beat in with some peculiar lyrics. In fact, the lyrics actually drive the sound of the song as lead singer Jonathan Higgs explores some intriguing melodies. It’s really difficult to compare Everything Everything to any other band and that fact alone makes writing a review such as this one that much more interesting. One of the biggest issues with dubstep music and/or future garage music is that countless musicians are just impersonators of Burial rather than innovators.  So much of the genre came and went in such a short period of time that the genre has become a circus in a way. Artists now claiming to be dubstep musicians aren’t making dubstep at all and the musicians who actually are making music with this tag just can’t break out of Burial’s shadow. Out of the mist this year though came Synthetic Epiphany, an artist on the rise through soundcloud. His swift production is what has really given himself a chance in this never-ending plague of bad future garage music. The Archives is actually somewhat a compilation as the 16 tracks are songs that were unreleased over the last 2 years but somehow the album flows out very organically. Each song carries that heavy dubstep flavor but also manages to mix in some pop ingredients to give it a bit of a lighter, more weightless attribute. Although this album is incredibly long it is quite mezmorizing. It could very well be one of the better dubstep records I have heard since Burial's Untrue back in 2007. {Awayland} is the sophomore attempt by Irish band Villagers. The band, fronted by Irish singer/songwriter Conor O'Brien, was formed in 2008 after O'Brien's former band The Immediate parted ways. Villagers was quickly formed soon after and although the overall music style changed, the band's music still centered around O'Briens storytelling as a lyricist. Although O'Brien isn’t exactly accomplished just yet, he is a fairly strong songwriter as he discusses a vast number of subjects including some that are even fantastical. The band also has ventured into some less understood waters, messing around with some electronic drum machines and more interesting effects that make O'Brien sound stranger than he already does. The dauntless ideas put into place are much more adventurous on this record than on their debut even as it retains that same type of nostalgic elegance. Still though, O’Briens joyless vocal deliveries just continues to leave me unenthusiastic when listening to a Villagers album and the band just can’t help manage it for me. Back in 2010, while working on a charity record, musicians Eric James and Mason Ingram decided to join forces to work on some original material. The project would end up being named The Last Royals and their debut EP was released later that same year to some pretty decent exposure and ratings. Now, three years later, the band has finally released their debut LP entitled Twistification. The album shows a duo that is obviously exploring their strengths as James is a growing singer/songwriter and Ingram is a very capable indie pop drummer. The songs explored on this record are borderline bubble gum pop but they do carry a sonority of that classic indie styled pop music that was made popular by bands such as The Shins ten years ago. It's all a very lofty style of pop music that is incredibly accessible to the average listener but I tend to get distracted from it quite easily. The guitar chord progressions, although delicate and catchy, leave a lot to be desired and while the drums actually provide the most personality for the music as a whole, it just doesn't seem like Ingram has enough room between the notes to show off his abilities. I’ve always been a huge supporter of folk music. It’s probably the lone genre that I have loved all my life and I think it’s because of the intimate characteristics as a singer/songwriter just pours his or her heart out for you at will. Not many artists are comfortable with stirring the emotional landscape and doing so with personal details and feelings but folk artists normally do. Fred Woods is a folk musician from Canada whose debut album Documenta is a prime example of these components. The album is hauntingly beautiful as Woods just plays from the heart on each track and keeps every song relatively simple;  just himself and a lone acoustic guitar. His trembling, deep voice makes everything seem so sincere and sad as he sings of his personal life and details about his emotional distress. What really surprised me was that this is a debut album by Woods. If I didn't know any better, I’d think this was something by a much more mature musician and trust me, it’s not because of the production. It’s because of the songwriting. This is a very strong album lyrically and the fuzzy production (this album was recorded mainly in Woods’ apartment) actually justifies the lonesome characteristics. I guess in that sense you have to think of Bon Iver’s debut album but Fred Woods has something that is almost totally his own here, a very deep, melancholic album that is sure to tear away at your heart strings…unless you’re heartless that is. Swimful Buterfly is an anonymous, solo project for a young, 20 year old newcomer to electronic music. Having been brought up around classical compositions, his influences have always been drawn from artists like John Cage and Erik Satie to name a few. Because of the attraction to song crafting like that, most of Swimful Buterfly's compositions prior to this album were done very organically with tape loops and live instrumentation but as he continued to mature and grow around electronic music, his style ultimately has changed ever so slightly. On Street Angel, the music is heavily focused on electronic manipulation and swirling bass rhythms. Much of it sounds like a chillwave styled trip hop record but the psybient qualities, which are also very present here, do manage to take over in some cases. The organic style that Swimful Buterfly used to live by is still somewhat present in the sound as the tracks all seem very natural and focused. Almost everything here reminds me of being out in a tropical landscape with plenty of sunshine on my back and waterfalls to swim through. It's a very spiritual journey listening to this album and as a young producer, I wish Swimful Buterfly a great deal of success as he continues to break out of his shell.

Albums To Look Forward To Next Week:

After another good week of album listens, I am more than ready to start another. If anyone is interested in purchasing or simply hearing any of these albums online, I have linked them for you at the top of this page to make it simple. I hope you have enjoyed reading this week's edition of Straight From The Teet and I look forward to bringing you a new group of records next week. Please leave comments here at the bottom and let me know what you liked or didn't like from this week's lineup. Have a great week and please support these terrific bands! 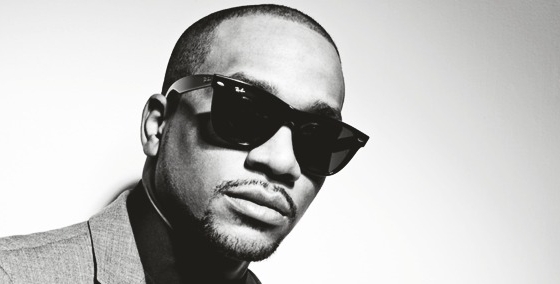 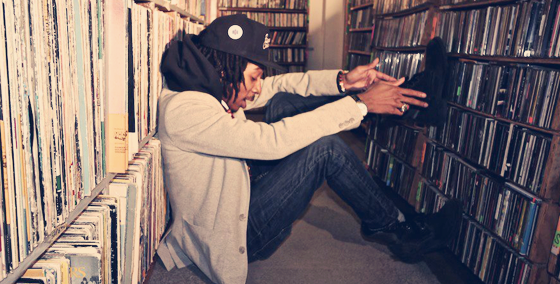