Yo La Tengo  is a veteran indie pop group that has been releasing albums since 1986. Throughout their long career, their sound has somewhat changed from country folk style to more eclectic dream pop. This change is very understandable as regardless of the type of musician you are, your focus will always evolve. If it didn't, your overall sound would most likely devolve unfortunately. As the trio grows older, their music continues to smooth itself out and grow apart from some of the rough edges their style used to include. Fade is the band's first album in 4 years and to me, a listener who has never been much of a fan of Yo La Tengo, things just seem to be fading away for the band. Over the last 10 or so years, I've come to realize that I know exactly what to expect from Yo La Tengo and upon listening to their new material, I'm never taken by surprise or impressed with a single note. I can't officially call it boredom when I listen to a Yo La Tengo record but I also cannot call it excitement. My feelings towards their melancholy, simplistic ideas lyrically and musically just hover over that grey line in between. It's almost like lighting a giant firework and waiting forever for the fuse to end but at the last minute the flame recedes. Lets be honest, neither Kaplan nor Hubley have ever been great vocalists and really, their songwriting leaves much to be desired. Musically, I think the band has always kept things very low key, almost lo-fi in a lot of ways and because of this drowned-out, lackadaisical style of pop music, nothing has ever really stood out for them. Sure, the band had a few great albums at the end of the '90s but the effortless concepts put forth just never nudged me to take notice. I guess the album's title makes a great deal of sense here and I wouldn't be surprised if this was the coda for Yo La Tengo. Rakim Mayers, known more commonly as A$AP Rocky, made music headlines just a few years ago when he went from being just another YouTube sensation to a signing a million dollar contract with RCA Records. Prior to this, Mayers had grown up in Harlem and lived a pretty troubled youth. He and his mother were very poor and it was difficult to stay out of trouble. He found sanctity in rap as he was able to escape the clutches of poverty and crime through his music. Long.Live.A$AP is Mayers' sophomore LP and first with his new record label. Let me start out by saying that Mayers is a very talented 25-year-old rapper who has a very good knowledge of flow and rhyme. He has a nice way of blending words together and creating interesting rhymes. His energy is very visible, even on the album. He just understands how to obtain the heart of an audience and get people involved with his beats. This is kind of where it ends for me, though. As this was his first release through a major label, I expected to hear some great production. If a label like RCA signs a rapper to a 3 million dollar deal, they must have plans for him, no? This album comes across as something created in a bedroom back in Harlem. The beats all sound like wanna-be creative DIY beats made with Garage Band and although I doubt normally mind this, I just expected more. On top of that, I just find it impossible to really connect with his lyrics. Most of them seem like they are just image conscious and not really serving much purpose at all to modern day life. Most people are probably going to really enjoy this record but this album did very little to impress me. The world of instrumental hip-hop is a genre that has been overflowing with potential greatness over the last 5 years or so. Mainly due to a flurry of possibilities that are at the disposal of just about any human being with a computer and slight understanding of musical theory, instrumental hip-hop seems to be reaching its high point. The Cancel happens to be one of the many acts that are following along in this fashion. The young duo is from Ukraine and they are obviously heavily influenced by jazz music. Most of the tracks on their third full length record Daybreak are based around some intriguing jazz renditions and the electronic beats are just crafted atop this plain. For young musicians, The Cancel seem very intelligent with their creations as they show great signs of patience and an in depth ability to match key notes. Tracks like "Travel", which sees the duo recreate John Lennon's "Imagine", is very masterfully done because of the musical ability to keep the rhythm interesting around some solid notes. This was a very well put together record from a technical standpoint and when you think about just how fun the album is, you know you have a diamond in the rough here. Christopher Owens is probably best known as the frontman for the indie pop group Girls. After two critically acclaimed albums with his band and years of nonstop touring, Owens decided that he wanted to depart from the band. Citing a constant shift in personnel throughout the bands years, Owens just couldn't put up with it any longer. His short hiatus from music didn't last long however as Lysandre would come out in only two years later from the breakup. The album is yet another piece of songwriting that delves even further into the emotional mindset of Owens. His songwriting has always been sincere and personal and his solo record is no different at all. Lysandre is a concept album for the most part, discussing his feelings of love and heartbreak after a failed relationship while touring with his former band. Surprisingly, there isn't any type of shift aesthetically with this record since leaving Girls and for the most part, it just sounds like a continuation of the band. Owens' songwriting is absolutely a standout as always but you kind of end up missing the rest of his former band along the way. This album is surely a product of overwhelming exhaustion and love lost after years of being in the indie spotlight and although I think he got his job done with this debut solo effort, there is clearly much to work on and strengthen in order to separate himself from the shadows of Girls. Freak-folk is a very niche genre of music, a music tag that is very uncommon and left only for those bands who are willing to even try such a thing. Blending elements of avant-garde music and baroque pop, freak-folk is basically just a more psychedelic type of folk music. When you remove those basic guitar progressions and substitute in some uncommon instrumentation such as mandolin, floor toms and harps, you're in the process of making a freak-folk track. Norwegian Arms is a new band that falls into this category of music as they strive for that aberrant type of sound through estranged instruments. Wolf Like A Stray Dog is the band's debut album and these styles come together to form a very opaque yet fun sound overall. They remind me a lot of The Dodos but instead of leading with acoustic guitars that are tuned oddly, they lead with synthesizers or mandolins. This album is a wanderlust of enjoyment that is all very loosely fitted together to sound creative and exciting. Fourth is an atmospheric, ambient musician from Poland who is signed with the up and coming, non-profit drone label, Terranean Recordings. The label, which specializes in electronic music such as this, released Fourth's debut record on January 6th. The album, entitled Memorials, is a very organic record that is made up of these sprawling drone sections and sound effects that sound unrefined from nature. The tracks off this record are almost one and the same but Fourth does show a great ability to make most of these arrangements work. The ethereal qualities, although dark, are made up with some very intellectual preparatory measures musically. I would have to say that the record does grow a bit tiresome by the time you reach the midway point but with the right kind of environmental setting while listening to this record, I think that most people could find the beauty in it. Problem is, this album seems more naturally made for foggy days out in the wilderness and I don't think people are going to be looking for a lot of music to match an emotion in that type of environment. Mizimo, a young and motivated UK based singer/songwriter, has always been very passionate about making music. As her facebook page puts it, she is tirelessly chasing her dreams of becoming a successful musician and after hearing her debut record released through BandCamp, it's quite obvious that Mizimo has the talent to get herself there. Mizimo, known by her real name Yasmin, uses her soulful vocal harmonies to create a very enriched style of pop music. Her influences range from the modern indie to the classical so it's no surprise that some of the songs are arranged in such a way that we hear electronic music mixing with classically styled music. In a way, Yasmin is transcending the music timeline and creating something that is all her own. Electronically, this album relies heavily on its production but unfortunately, the production is quite elementary and doesn't help the blossoming young voice of Yasmin's. At times, the record just sounds like an average dance pop record but you can always hear that she is trying to break through this barrier. I'd really like to hear Mizimo gain notoriety and obtain a good producer to help her shape the sound she is aiming for but as for now, this album just couldn't move past the mid range score.

Albums To Look For Next Week:

After another good week of album listens, I am more than ready to start another. If anyone is interested in purchasing or simply hearing any of these albums online, I have linked them for you at the top of this page to make it simple. I hope you have enjoyed reading this weeks edition of Straight From The Teet and I look forward to bringing you a new group of records next week. Please leave comments here at the bottom and let me know what you liked or didn't like from this week's lineup. Have a great week and please support these terrific bands! 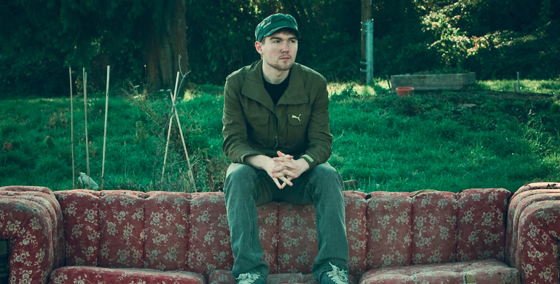