Saddle up and buckle yourself down, Los Angeles beatsmith A Sol Mechanic (David Blazer) has recently released his latest EP To Knowing. This probably explains his rather large gap of inactivity, but if it's for the sake of music, I'm all for it. For once his immediate previous work showed hints of his upcoming material, such as "I Still Love You", which was released a few months ago. Today, he's back boasting a four-piece EP filled with his signature experimental fusion style organic downtempo. With every EP release, ASM marks the beginning of a new chapter for himself as a producer. He has a few EPs and albums under his belt with an arsenal of stand-alone tracks that has been propelling him to the forefront of experimental electronic. From off-beat tracks to heavy droning, he sways all over the musical spectrum from a single focal point. Where is he now on this spectrum? To Knowing has the answers.

If you have been following ASM, you know what to expect, such as the unexpected. This particular EP takes a departure from clean-feeling of B-Words and the eclecticism of Fuzzy Feeling. To Knowingis on an entirely different level than the two, resonating a combination of polished hip-hop beats with dashes of organic ambient and natural sounds all tossed into an outer-space environment. The opening track, "Maroon Bell" opens with this statement in full force which will quickly absorb you into another world.

"Magik Shit ∞ (Heartjacket)" follows the opener and packs quite punch. It's a slower, but harder hitting lacing that emphasizes spacey ambient with echoing effects and sampled vocals. The groovy drum kit beat keeps things in check to the very end, which is where I have encountered a very uncommon anomaly in the music world. The tune seemingly tapers off significantly, signaling a sure end to the song. However, it picks right back up with a massive face-lift. Instead of that ambient droning you hear in the first half, ASM drops it out and blindsides you with a high-pitched stutter step synth. It becomes straight-up head-bobbing as an 8-bit-like synth enters to take the reigns of the song to the bittersweet end, the real end.

ASM reels things back in with "Up Here", dialing the tone down with soft effects and soothing ambient in the backdrop. The booming bass kick and edgy snare contrasts with the low-key effects, however, it works like friction. These two aspects clashing together creates a majestic energy that comes from deep between the layers of this calming piece. Of course, ambient noises slip in and out during the duration in which is hard to notice since you are already absorbed in wonderful viscosity of the song.

"And There Will Be Champagne" is the anchor ofTo Knowing and for a good reason. This particular tune is the black sheep of the four since it has a much harsher and sharper sound than the rest. It's a medley of effects, sounds, and noises that hit your ear all at once like a giant wave crashing down onto a big rock. A dark droning and feeling emanate from the very beats of this song, which can give you the chilly willies if you aren't careful. It's a hauntingly beautiful song that leaves a colossal impression for the EP, as well as many questions since one of his major premise for composing a song is painting images or stories. With these four put back to back, I can only imagine.

To Knowing will not disappoint anyone who is a passionate fan for experimental electronic music. ASM does a wonderful job of establishing his own unique sound that I have yet to see anyone pull off quite like him. Sure, there are others who have gone down a similar path, such as Flying Lotus or Four Tet. ASM has successfully developed a distinct sound to the point where you can differentiate his work from any other. To Knowing is only a reaffirmation, and ASM has no plans in stopping his ever-changing and developing music soon. If this is your first time hearing ASM, get to know him and who he is through this EP and his other works as well. 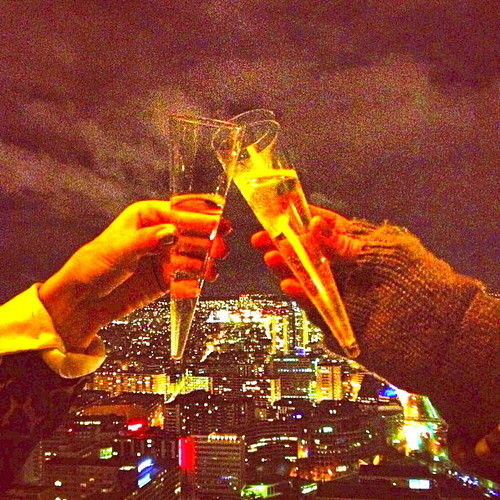 one of my favorite producers right now. where can I get the EP from?

For now, it can only be found on his SoundCloud page. I imagine he will put it out for download sooner or later. In addition, the last song won't play because he had taken down the last track for one reason or another.

May 14 | By Aaron Schmidtke