Tamas Toth, a.k.a. Ribbonmouthrabbit, is one of the newer beatstrumentalists on the block. Coming from Miskolc, Hungary, he brings his take on downtempo, jazz, and trip-hop to soothe our ears in an age of EDM. He literally just started producing tracks in July, and he has managed to catch quite a few ears with his debut album Follow The White Rabbit. I honestly thought he would be that typical nu-jazz/trip-hop style producer, but I was proven wrong after my first listen-through of the album.

In Follow The White Rabbit, you will indeed find many tracks influenced by jazz and trip-hop, but he changes things up ever-so-slightly to give it that fresher appeal. Ironically, that fresher appeal comes from the grimmer, darker tone that these tracks resonate, such as his remake of "On A Clear Day" by The Peddlers. He incorporates effects, plentiful samples, and unorthodox sounds that you wouldn't usually hear in these types of tunes, which only boost the dynamics of each individual track. At first, they may seem like nothing special. But then, you soon will get lost in the world of Ribbonmouthrabbit. Below are the appetizers I chose for you to prepare yourself for the main course.

There is no spoon. 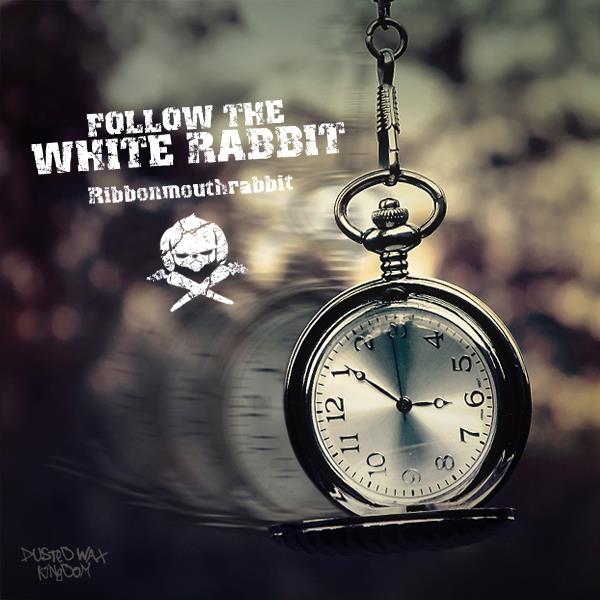 You can download it it through his BandCamp, check out the last link next to the artwork :)

Finds like this are one of the reasons I love Earmilk... music that stimulates you in a completely new way compared to what you normally listen to... something I probably never would've found on my own, now makes my library more diverse. :)

thank you very much for the kind words and support earmilk crew! and much love to the commenters and listeners - ribbonmouthrabbit