First released in what many consider to be the golden age of trance, "Bullet in the Gun" by Planet Perfecto has been a staple track for over a decade. Since it debuted in 1999, "Bullet in the Gun" has been everywhere a track could be, from being featured as the "classic" track on one of the first episodes of Tiesto's Club Life (which now approaches its 300th episode) to being re-released in a multitude of different forms, including Nat Monday's A State of Trance mix in 2009. The track has now been remixed for 2012, released as an outstanding selection of mixes that give us time to reflect on the past and why the single has been so versatile over the years.

In their day, Planet Perfecto were a short lived supergroup whose members were at the top of their game: Paul Oakenfold, Ian Masterson and Jake Williams. Since releasing a total of five tracks throughout 1999-2001, each member has taken on independent work, with Paul Oakenfold remaining as the only one with contemporary superstardom. The English pioneer still includes the original in some of his live sets, and has kept the track signed to his own Perfecto Records from beginning to end. But this is the first time that the track has expanded its boundaries and really been updated for the new dance generation, with the outstanding mix as a huge progressive club hit rework out of Eddie Halliwell. Still keeping those addictive vocals loud and clear, the remix is something that you'll want to listen to over and over again.

The rest of the remixes on the EP are those that fit right in with their predecessors, but are noticeably updated to more current audiences. Gary Maguire's mix is a sound that's evolved out of the group of Irish trance producers, including John O'Callaghan, and has a trippy, intricate feel. The Refracture work on the song is calmer and weaves between treble-heavy and electro-heavy experimentation.

No history lesson would be complete without some hindsight analysis. For a real wake up call in the way both trance and dance music have changed, take a listen to the original mix of "Bullet in the Gun" below. 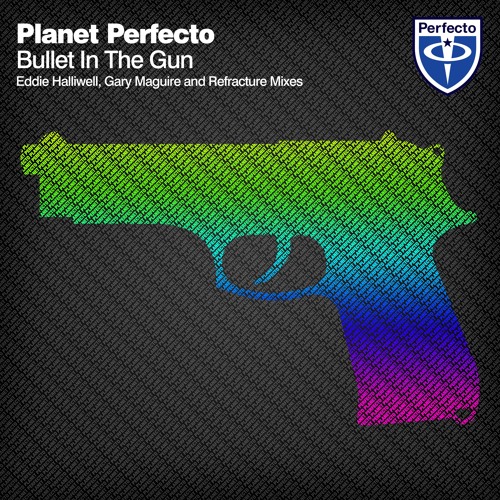 Bullet in the Gun (Remixes)