Released November 26 through French imprint Ici D'Ailleurs, Numbers Not Names' debut LP What's the Price is a follow-up to the trio's Record Store Day EP on the same label. The group was the brain child of label head Stéphane Grégoire, aiming to tie together dark hip-hop, experimental rock, and electronic/industrial influences, bringing together American Kill The Vultures vocalist Alexei "Crescent Moon" Casselle, Frenchman Jean-Michel “Mitch” Pires on drums, American dälek producer Oktopus, and multi-talented UK composer and drummer Chris Cole/Manyfingers. Below, we have a walkthrough of the album's nine tracks and how they came together from producer Oktopus and vocalist Alexei "Crescent Moon" Casselle. Of the group that Grégoire conceived, he says, "Now this really is a band that doesn’t belong to me anymore. Even though Ithought of it, conceived it and brought these people together; the group now has its own identity."

The Oktopus: This whole album was recorded back in 2010 and was a bit of an "experiment" put together by Stephane Gregoire, who runs the label Ici D'Ailleurs from France. He asked me to write an album's worth of songs and he wanted to bring in 2 drummers and an MC to collaborate on the songs. His vision was something hip-hop based that would be heavy, but at the same time have a bit of dancefloor appeal. I was coming out of 15 years of a specific sound/vibe with dälek and this felt like a nice record for me to try some new vibes out. Its a bit of a transition record for me, which was super important for me to get to where I'm heading now.

OKTO: I have been interested in "digitizing" old school garage rock and 50s rockabilly for a few years now, but never had the opportunity to try it, so this song was a bit of me going for old skool riff rock done with a Gameboy. It ended up sounding a bit like a digital NY Dolls, which I was really psyched about. The live drummers brought in a bit more of a polyrhythmic/future-primitive vibe, which really took the track somewhere else. Then Chris sent me some trumpet parts he had been messing with and that really brought a sort of Motown brass vibe to the track. And finally when Alexei dropped the vocal it really felt like a "single." Total sing-along vibe. I was really psyched with how this one turned out the most, it's got a great groove, it's heavy, but at the same time, it's poppy.

Alexei Moon Casselle: This was one of the most structured beats that Oktopus sent me as far as distinct transitions and chorus/verse sections, which really helped me write to it. I wrote this months before we decided on the name of the group, so it was not meant to be a single or statement about our name as a group. I just wrote what I wrote and Alap was the one who really liked the phrase/title "Numbers Not Names" so we just rolled with that for the song title and, more importantly, the band name.

OKTO: This one started with the pumped string sample that runs throughout. The beats that the drummers did really brought out an old school NY a la Gangstarr/Wild Pitch vibe to the groove that I loved. It's got a nice droney quality but still rocks. The outro bit was my first attempt at something more future primitive. Hearing it now, a couple years later, I can see where elements of this track are super influential on where I and NNN are heading.

AMC: This was one of the last tracks I finished writing for the record. The opening line "ex-patriot, living in a strange land/ roaming through the forestry, life without a game plan" is pretty revealing about how I was feeling at the moment. I was trying not to psyche myself out from the fact that I was in France writing and recording an album with a group of folks I didn't really know and had never engaged in anything like this before. This was one of the only tracks that I ended up improvising on while we were recording and we ended up keeping for the album. Everything after "better hide your eyes from the horror" was improvised. A lot of these tracks were five minutes or longer with fairly random or non-existent transitions or changes, so the arrangement of the lyrics was also improvised.

OKTO: This is closer to my old sound. A bit more experimental and washy. Again, the drummers really brought something nice to it. Mitch's part really feels like something Phil Spector would do and Chris brought the marching beat in that really helps propel the groove. It's a bit too close to my old comfort zone for me, but turned out great for the vibe it was going for.

AMC: I had a lot of fun writing and recording this one. The lyrics have a playful, triplet-y swing to them, reminiscent of Aceyalone, whom I greatly admire. I didn't come up with that many parts so that's why you hear me repeating verses, and lots of instrumental space.

OKTO: This was me going for a bit of early 90s dancehall/ragga with some new school hip-hop/club style vocal cut up drones. The live version of this has gotten much dancier, but again, this was my first attempt and I'm psyched with the overall vibe. I was really psyched with Alexei's vocal delivery on this, I had no idea what he would do, really dope.

AMC: This was another one that I had fun writing and recording, It was a challenge, and in fact, I viewed this whole experience as sort of a rap boot camp where I had no choice but to create an album in a tight time frame. It took me a while to figure out how I wanted to sound on this track but ultimately I'm happy with the kind of true school era up-rock vibe mixed with a futuristic sound. The hook always reminds me of Mos Def, so this must be my homage to him.

OKTO: This one I was really starting to play with synths and was going for sort of dubby version of old school NY electro with a bit of Augustus Pablo on top. Again, the drummers really brought a nice groove to the track. Chris's parts are super jazzy and Mitch brought a nice Latin vibe with the percussion he added.

AMC: This is one of the more ambient and down-tempo songs on the record, which made it one of the more difficult songs on the record for me to write. This one always kind of creeps me out because I had no idea how revealing the lyrics are while I was writing it but in retrospect, it exposes a lot of discomfort and discontent in my home life - which, unknowingly at the time, would change dramatically fairly soon after the album was recorded.

OKTO: This track is very much part of my older vibe, but I really love how it turned out. It definitely has the Faust drone thing that I love, but with the 2 drummers and Alexei it really turned into a newer version of something I would've done in the past. The whole track for me is built on the droney guitar loop which starts from the top and goes to the end non-stop. It's got a total epic quality that I always love.

AMC: This was the first track I recorded vocals for. It's one of my favorite tracks on the record and it felt like a great first track to have under our belt because I think it's one of the more memorable songs on the record. This is one of the darker, more ominous songs on the album, which is saying something on this record. Each short verse is a separate story that ties in with the night train theme.

OKTO: This was my earliest attempt at something a bit more upbeat/dancefloor. It works really well live, people feel the groove instantly. Chris gave me the horn drone that really helped gel the track together. It's still has a bit of my old krautrock influence in it, but it's going somewhere I havent gone before rhythmically.

AMC: I believe this is one of the final tracks I finished writing for, probably because I was not looking forward to writing to it when I first heard it. It's very different from what I usually write to, so it was hard for me to figure out how I wanted the flow to sound of this track, but once I did, I had a lot of fun writing to the cadence. Pulled this title from Mitch. After the first day or so of recording, Mitch, who never spoke much at all, just said the cryptic line without any prompt "this will all end badly." It was dark and hilarious and I had to incorporate it into the album somehow.

OKTO: This one turned out really cool. It was my first attempt at trying something more dirty south with a hint of grime. Again the drummers brought in a whole element that  helped excite the groove a bit. The track was based on the drone you hear throughout.

AMC: I remember sitting behind the desk at Corcoran Park, where I worked at the time, and writing the hook for this song. In fact, I got a number of the rough skeletons for these tracks while I was positioned behind a desk writing to strange, industrial rap beats and avoiding having to field questions from park patrons. I think I ended up testing out some of the hooks and verses out on kids who were hanging out at the park. I figure if they hear it and dig it then that's a good sign.

OKTO: This track could almost have been a dälek track. It's the closest to my old vibe on the record. Again Alexei, Chris, and Mitch brought something that took it to a new place for me. The strings and bass were the root of this song. Mitch sent over the guitar part you hear in the second and third choruses, I love that part. I also like that this is one of the few, maybe only, tracks where both drummers are playing the same part. There's something really awesome about how that works in this song. Really heavy.

AMC: This is my favorite track on the record. I think it is the most solid song and I was just in the zone when wrote this. I love the swag of the flow and the meaning and substance of the text - Alap really came through on the beat for this one. Instant head nods. 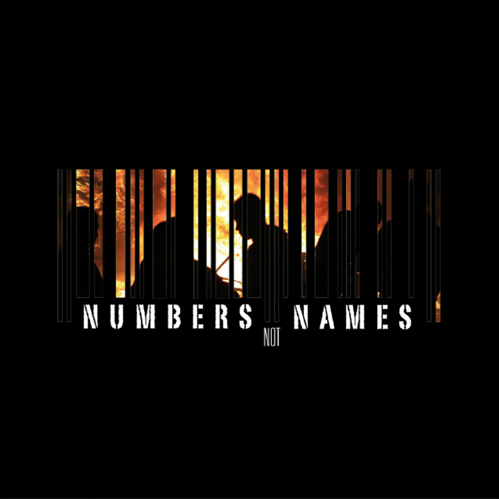