Self-described afro-beat surrealist Débruit released his full-length From The Horizon on June 4, and its follow-up, From The Horizon Remixed, is due in a few days on October 29 on Civil Music. Débruit is heavily influenced by the music of Benin, Ghana, Niger, Nigeria and beyond and incorporates these tribal sounds with his own funky flavor to create something totally unique.

Below, we interviewed him briefly about the From The Horizon Remixed EP, chatting about his creative process, working with remixers, and his influences. Check out snippets from the remix album as you read on:

Débruit: Thinking of something interesting to me and something never heard before, doing research, digesting it, trying to lay the ideas down in sound, thinking, digesting it, getting it (or going back a step), making it. The whole From the Horizon album, I wanted to combine elements that had never been used together before, so if I take the track "Afro Booty-Musique" as an example, I wanted to gain some speed, make some booty music, so I did some booty drums with tribal sounds, I wanted an afro beat feeling so I did a bass line going with the drums and I took my guitar and played an afro-beat style theme, then I thought that I never heard a talk box on an afro beat track so why not try? I brought all this to the cosmos for mixing and mastering and got that result.

EM: What was your role in working with the remixers for From The Horizon Remixed?

DB: Well, I chose the names of people whose music I like and that I know will do a great job. With Civil Music we approached them and let them choose their favourite track. Then I only bounced what I thought represented the key parts of each track; the artists chose so they would have to develop it in their own way. I didn't bounce all channels like a normal remix, my hope was this removed the technical processes that can be boring or make remixes boring... I hoped it would make it fun for the remixers.

Fulgeance and I have known each other for a long time, we are part of the Musique Large crew, literally bringing to France what they don't want to get, he spread his style all over the remix with his low club feeling. Kelpe is a friend that I met while I was in France and we keep in touch everytime I come back in London. Mwëslee is an old MySpace friend that I have met in Spain a few times, we used to exchange over the net with him, Hud Mo, Dimlite, Mike Slott, Fulgeance, Dorian Concept and more when it all started with the new electronic hip hop beats; he gave my track a massive club hip hop slap. LV have a different approach on African music than mine but they make a bridge with UK club music that I know isn't an easy thing. They do a great job on their remix of "Ata". I was really happy with the results of everyone's work, it is a great package to go with the album.

EM: What's inspiring you musically at the moment?

DB: Everything, traditional folk music but art too and surrealism especially, Magritte, Dali at the moment, even stuff I don't like inspires me. If I'm conscious of it obviously it influences me, reacting against something is being influenced too. Getting back to playing basketball is inspiring too, it is a counterpoint of my experience in music. I used to be very good at basketball and that memory is strong, I feel like progressing in music but my memory of learning seems far.

EM: Who are your most timeless musical influences?

DB: 50s and 60s field recordings of African tribes. I have a large collection I have collected over time. I was lucky enough to be invited to access the sound recording archives of the Musee Quai Branly in Paris last year and make a special recording using these rarely heard field recordings -- you can hear it on the museum's website and it's also on Youtube or Vimeo.

EM: How has geography influenced you musically?

DB: My musical direction is making my geography and history better. I know countries that have now disappeared and others who were just born, I listen to their music from now and before and try to understand the external influences. History, politics, geography, and quests for power influence the music and much more. My music hasn't got rules structurally, harmonically... anything can be influencial in space and time, history or geography, or more. 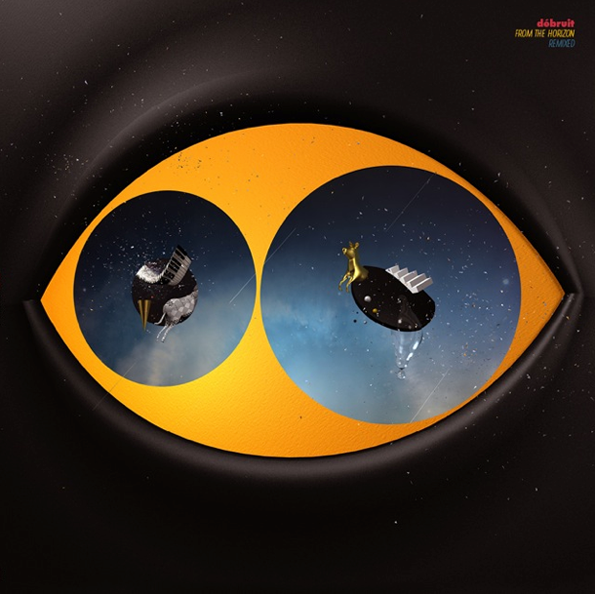