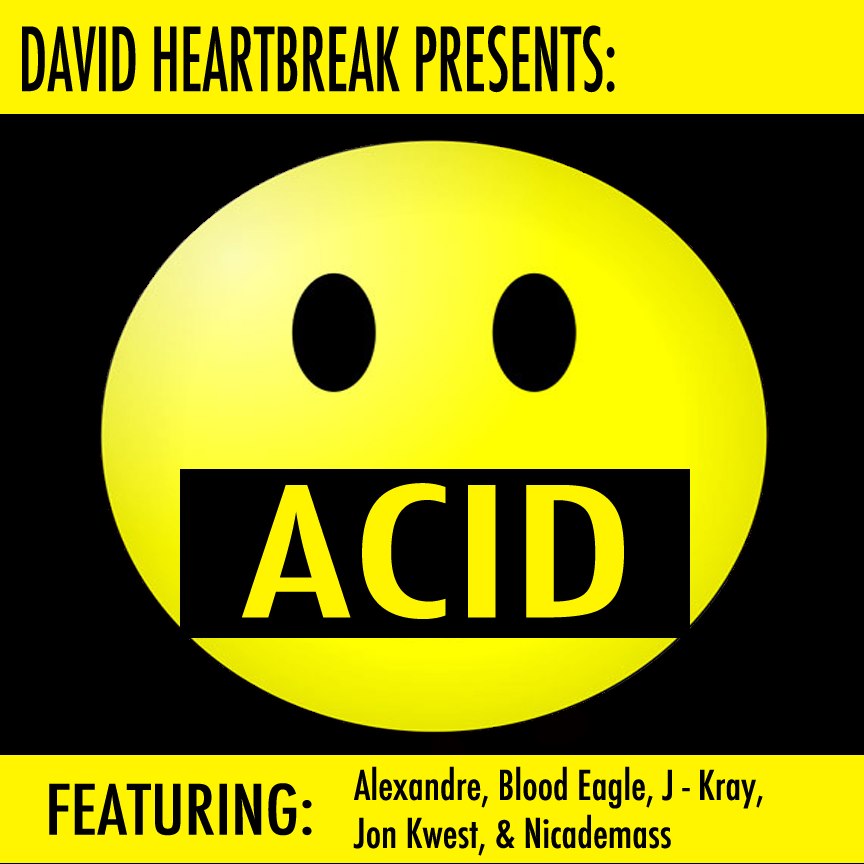 In the stylings of David Heartbreak throughout the years, we have seen many f**ks not given when it came to his preference of creative direction. In all honesty, it's that way of thinking that has provided Mr. Heartbreak with never-ending respect from all ends of the dance music scene. We have seen him touch on and everywhere in between house, electro-house, moombahton, dubstep, trap, drumstep, and future r&b.

As an avid and "very outspoken" Reason user, he tends to conjure sounds that could be described as thicker, meatier, punchier, and fuller than your typical EDM tune. He spends much more time developing the actual SOUND that will be used, rather than attempting to pile half-ass samples together to cover up shortcomings.

I actually had the opportunity to perform with Heartbreak alongside Ryan Marks and Nicky Da B in NYC a few months ago. His set was so unpredictable and energetic. I don't know if you have been out to see a "well known" DJ perform lately but it is not uncommon to be disappointed by a good producer/bad DJ situation. David Heartbreak is not the case. I was most definitely impressed.

So... Heartbreak's at it again. ACID is where he is taking us on this journey....and it doesn't end there. This club murdering flagship single that he just released is the tip of the iceberg. Included is a free compilation that he has put together (yes, himself) that includes Blood Eagle, Alexandre, J-Kray, Jon Kwest, and Nicademass. Download this package while you can!