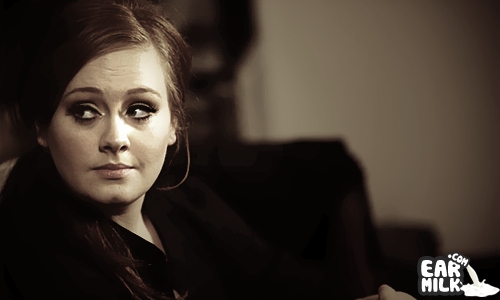 Everything Adele blesses with her presence is pure gold and that's exactly what we are presented with now that the radio rip of her latest track has surfaced. Adele recorded "Skyfall" for the upcoming Bond film of the same name. The track was recorded in front of a 77-piece orchestra at Abbey Road Studio. The non-radio-rip is expected to surface later tonight but with Adele, there's just no room for waiting.

There's no denying the emotion felt in any Adele release and there's no better project for her to be involved in considering the equally emotional Bond theme songs of the past. But, with Adele, it's expected that you are presented with a certain level of authentic expression that's usually reserved for those who are much older or more jaded. Adele just possesses a gift that can't easily bee pinpointed. Even if you aren't a fan of her particular style, you find that she is able to still make you feel some type of emotion with her voice alone. Enjoy.