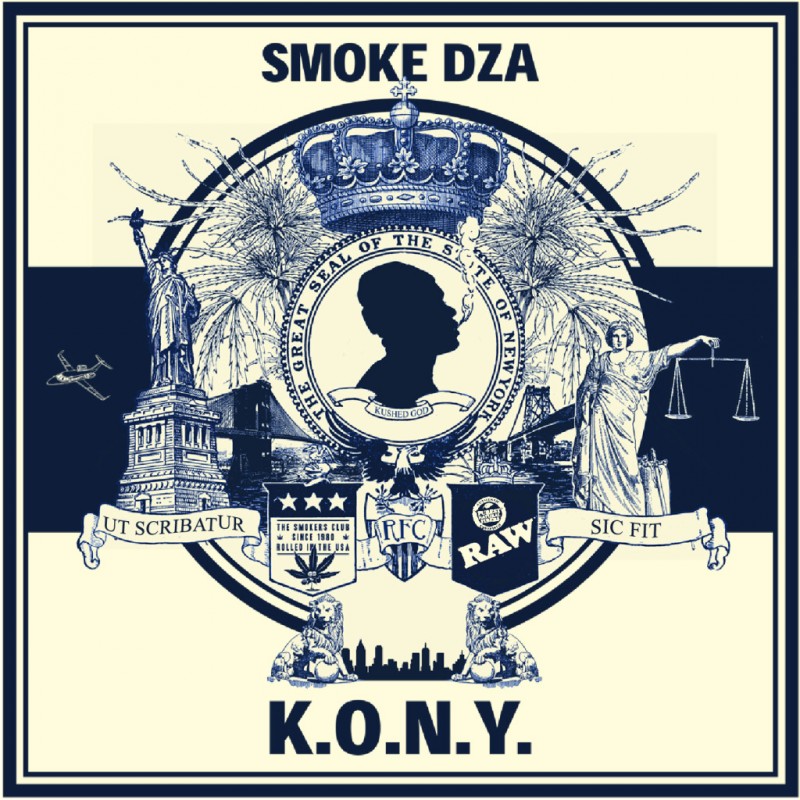 Currently crisscrossing the country on his He Has Risen Tour, Smoke DZA found time to release his  follow-up to his summer release Rugby Thompson. Entitled K.O.N.Y., DZA's new tape comes heavy with features from Wiz Khalifa, Joey Bada$$, Big K.R.I.T, Vado and King Chip. On the production side the Kush God reached out to past collaborators Harry Fraud, Ski Beatz and 183rd. K.O.N.Y. is currently available for stream and free via Live Mixtapes. Stream two stand out songs off the tape below and follow the download link above to grab a free download of the project.

Next weekend Smoke DZA will be gracing EARMILK x Creative Revolution's stage during the A3C Hip-Hop Festival on October 13 at Atlanta's Star Bar alongside the Right Brain Showcase headliner Ab-Soul.Those in the Atlanta area next weekend, be sure to check out Smoke DZA, Mach Five, Rome Fortune and many more at EARMILK x Creative Revolution's Rocksmith sponsored Right Brain Showcase. 3-Day passes for the festival are still available.