Today's delivery is brought to you by C2C. C2C, otherwise known as Coups 2 Cross, is a four piece turntable group from France. The four members met while in high school and have since went on to become one of the most technically gifted turntable groups in all the music kingdom. They have just recently released their album, Tetra, and its immediately apparent that the album should be considered in the rank of "Best Albums of the Year". The album features perfectly blended sounds spanning across many genres including: hip-hop, electro, turntablism, funk and breakbeat. Most tracks are very upbeat and infectiously danceable yet one track brings the BPM down far enough to be included in this feature . The track I'm bringing to you today is called "Give Up The Ghost" which features amazing vocal work from Jay-Jay Johanson. It can be a bit difficult to narrow down the exact sound of the track but it reminds me of work you might have heard from the likes of Mylo or even possibly Royksopp, to a lesser agree. Check out the track and chill....

Give-Up-The-Ghost-Feat-Jay-Jay-Johanson--EM0912
Download: C2C - Give Up The Ghost Feat Jay-Jay Johanson 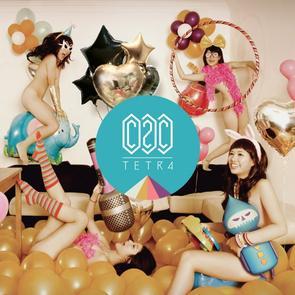