This REVISIONS004 EP is something of a tribute to West Coast rap. In this edition I revise albums from two of my favourite Californian rappers: 2Pac, an obvious choice being one of the most sacred, celebrated, holographed figure of the westside, and Aceyalone, my personal favourite and a charismatic underground MC and former member of Freestyle Fellowship. In this article I’ll break down some production techniques on the b-side “Love & Hate”, reviewing some of the ideas from the REVISIONS002 breakdown, and expanding a bit on EQ and texture. With its broken-beat drums, abrupt changes and lyrical influence, it’s one of the series’ most experimental tracks, and hopefully if you’re listening to it as a producer, one of REVISIONS’ most inspiring. A revision of 2Pac’s Greatest Hits

A revision of Aceyalone’s Love & Hate

As I said in my previous track breakdown, I start by dividing the source material into three categories: percussive, melodic and vocal. Again, almost all of these isolated sounds are found within the first few seconds of the source tracks, but there a few exceptions (the vocals “I love you” and “hate” are taken mid-way through “Love & Hate Theme”).

The first two seconds of “In Stereo” serve as the percussive foundation for the track. Here I found the the kick, snare, hi-hats and some interesting textured hits. Usually in hip-hop mixing there isn’t the same low-end presence in kicks as you’ll find in dance music, so I’ll often use EQ and compression to get the sound I want. Here I duplicated the kick track (both with boosted gain under 100 Hz), leaving one dry and punchy, and adding a bitcrusher and room reverb to the other for texture. I used a similar approach to the snare, duplicating and then adding bitcrush and room reverb. For the hi-hats, I took an isolated hat sound from “In Stereo” and created a short, swung pattern by deactivating the grid when editing and adjusting the volumes of individual hat hits. Addtionally, I built a loop from the intro drums in “Find Out”, heard first at 1:30.

For the bassline, I used a synth noise from “Lights Out” that was layered with hi-hat and clap noises. It has a wobbly, dubstep sound to it naturally, but lacked the same low-frequency content you’d find in a typical dance track. To compensate I sampled a bass guitar from “So Much Pain”, pitched it down and created a short sub-bass fill (not audible on laptop speakers) that appears after 1:30.

In terms of melodic elements, I began with the opening moments of “Find Out”. I edited a short loop from the sample and adjusted the pitch. Then I duplicated this track, adjusting the pitch +7 semitones to give it a jazzier sound. Using this same loop I created a MIDI channel and played it in a sampler in lower octaves to get that ‘flute’ texture that appears first at 1:15. The scratches from “The Saga Continues” were used as fills for the ‘drop’ sections. The sample was a natural fit and little editing was needed here. Tough to classify scratches as “melodic” or “percussive”, but regardless the sample served its purpose.

Lastly, I used two vocal samples from the album’s intro “Love & Hate Theme”. The woman saying “I love you” and the scratched “hate” were both lifted from this. Some minor editing was needed to isolate the full “I love you” phrase as there was a snare layered beneath the “I…”. However, with EQ, delay and reverb, the snare sound becomes indistinguishable in the full production. 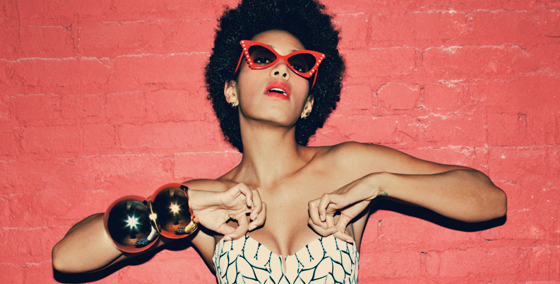 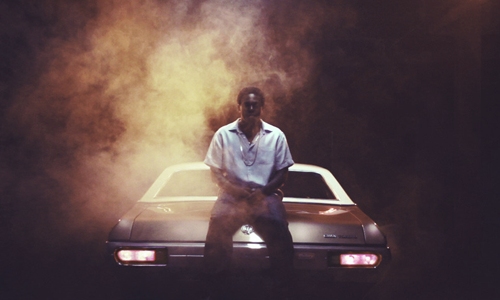