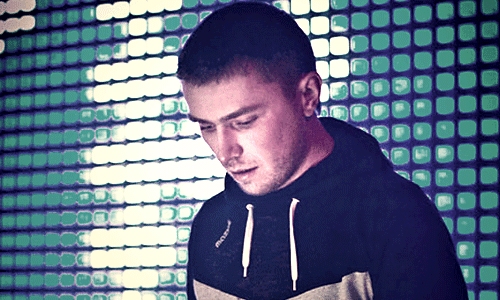 Pixelord has long been viewed as a pinnacle of Russia's beat scene and for good reason. As a co-owner of the Hyperboloid imprint and a varied discography of his own, he's played a big part in cultivating and curating a scene he's also part of. His sound is still evolving and he can clearly hold his own on any international rubric as well. Following an excellent release from Drums of Death (even if that name turns you off you need this track in your life) his latest on London's Civil Music invokes Pixelord's characteristic abstract hip hop tendencies with a driving motif of footwork and bass-heavy music. Civil have prepared some futuristic and stereoscopic visuals of feudal Japan to accompany the opening cut from the EP, so unsheathe that before the preview.

"Been Lookin" is a rapid ascent, but not an unpleasant one with its expertly controlled release of avalanching low end halfway through the track. The percussion, sweeping arpeggios, and just right vocal samples are a perfectly balanced combo. Musical emergence that matches the skill level of producers like Machinedrum and Kuedo. "Freeze The Star" brings you back down to ground level with a flurry of buzzing kicks and a slurring Q-Tip commanding you to breathe and stop. The juke-paced fervor recontinues with "Paperball" before the dissolving vocal and ethereal instrumentation ebb away in an entrancing outro. Last but not least is "Vibrate" which lurches along with some beautifully gnarled drumwork and droning "wut" sounds before sending you out to sea on some buoyant pads. For a four-track EP there's a surprising amount of range in sound/genres without compromising the heaviness.

Overall a very solid showcase; if any of the above sounds like your thing you'll be looking forward to more from Pixelord and Civil Music. Out September 17th. Vinyl pre-orders get a free digital download, a practice which can't be commended enough.