As he readies his upcoming album Alive and Living, L.A. native Skeme takes it to the streets, alongside ScHoolboy Q, with “Kidz With Gunz.” EachWest Coast representative spits an intense verse on a menacing synth laced beat, mixed masterfully by THC who works in some innovative sounds and penetrating drumbeats.

Expect Skeme to show off his versatility as emcee, once again, displaying his well-bred flow and memorable hook-making abilities. The track will appear on Skeme's full-length release Alive and Living, due out October 16. If you like what you hear, be sure to support Skeme on iTunes. 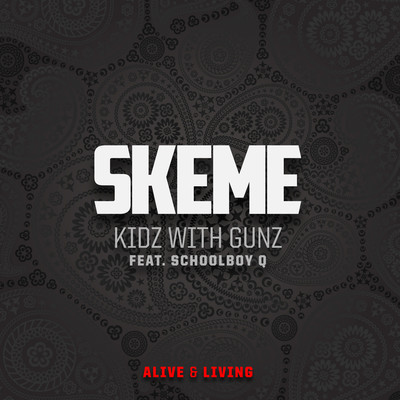