Nina B - Titles Are Played Out [LP]

The Kid Daytona - Summer Games: The Kid with The Golden Pen [Mixtape]

In the wee hours of Monday morning, the enigmatic KiD CuDi made marked his return to rapping with the unveiling of collaborative track "Just The Way Iam" with King Chip (Chip Tha Ripper). With Baby Face Killa reportedly due out before the end of the year, Freddie Gibbs released a new track featuring H-Town's Kirko Bangz.

The latter half of the week included music from up and comer J.K. The Rapper, a star studded J. Cole produced leak from DJ Khaled's soon to be released Kiss The Ring LP and Ab-Soul's contribution to TDE's Fam Appreciation Week.

This week's coveted Video of the week honors go to Bronx born, Brooklyn based bosstress Nina B. Featured in Week 7 of Straight No Chase the quick-fire emcee's bouncy Jazzy Joyce produced track "How Y'all Want It", which is off her soon to be released project, received a lighthearted visual treatment from director Scenario. 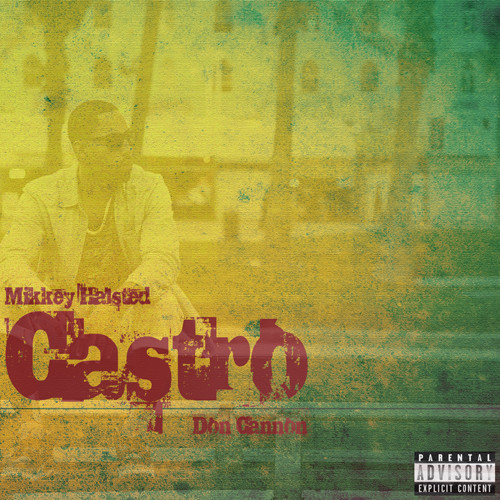 Week 12's project of the week comes courtesy from one of the Windy City's best kept secrets, Mikkey Halsted. Named after the polarizing and controversial Cuban revolutionary Fidel Castro, Halsted's latest tape picks up where the uncompromising artist's last project left off.

From track that explore pertinent sociopolitical subject matter which can be found on tracks such as "PTSD" and "Obamanomics"to the more mellow "Love Games" and hardcore bangers like Don Cannon produced "Weak MF", Halsted makes a convincing as why he's one of most criminally slept on heavyweight emcees coming out of the CHI. Fans and first time listeners alike can take something away from Mikkey's latest free offering.

Nina B x Jazzy Joyce - Titles Are Played Out [LP]

The Kid Daytona - Summer Games: The Kid with The Golden Pen [Mixtape] (August 20)

Years before Pusha T and (No) Malice embarked on distinctly different paths in pursuit of fruitful solo careers and back when the hit-making production team The Neptunes simultaneously dominated radio waves and both the rap and R&B charts, the hip-hop duo Clipse were steadily on the rise and poised to achieve rap stardom.

The formidable tandem's winning combination of slick and credible street raps and production provided exclusively by The Neptunes' Chad Hugo and Pharrell propelled their 2002 commercial debut album, Lord Willin' to the top of the charts.

While Lord Willin' spawned memorable hit singles such as the iconic "Grindin" and "When The Last Time", the tandem's freshman effort was also home to some sleeper bangers such as the rugged and raw track "Virginia" and the LP's  horn laced second track "Youngboy". With the success of Lord Willin', Pusha T and No Malice were given a platform to give a much-needed voice to their underrepresented home state of Virgina.

With Pusha and No Malice presently pursuing solo careers and future plans to reportedly reconnect for a fifth LP sometime in 2013, fans of classic Clipse can only hope the two VA rappers can rekindle  fire and recreate the magic found on their 2002 debut album.