I'm a huge proponent of revolutionizing the concept of hip-hop from the small box it was in 10 or even 5 years ago. People need to be open to new ideas and realize that art forms that remain stagnant are not art forms at all. To paraphrase Danny Brown in his Nardwuar interview (shootout Nardwuar): hip-hop is at its most experimental stage; fans are more open to new things than ever before, so it allows artist to create what they want and be successful, thus spurring innovators (end paraphrase). It's because of that that we have the chance to push hip-hop to new places, prompting, some people might say, "too different becomes a joke or corny." Perhaps, in some opinions, but as long as the art stays with respect to the five pillars, hip-hop has only begun its journey towards changes in sound, subject matter, production, and perception by the public. I would suggest you familiarize yourself with the name Robb Bank$ because, in my opinion, he's doing something different with Florida's hip hop scene and hip-hop in general. Honestly, my first inclination was to say "Tumblr + hip-hop = Robb Bank$" mostly because of his "Tumblr God" moniker but there's a lot of depth to someone who you could too easily stereotype. So take some time to read this interview, give his mixtape "Calendars" a good listen and see why the production he uses (shout out Clams Casino for the most part) can so rarely compliment a rapper like it does Robb.

EARMILK: To give a background, you're Robb Bank$ obviously, but where are you from and how long have you been making music professionally?

Robb Bank$: I'm from South Florida, and I started recoding recording when I was like 12; that's when I first started recording shit. When I was growing up I saw all my niggas were rapping and I liked how I sounded so really that's honestly how it all started.

EM: So growing up, seeing your boys, was kind of what kicked it off? You wanted to emulate that as a kid?

RB: Exactly, and I mean rapping was really the only shit I was good at to be honest. I sucked at everything else, I tried to do basketball, that shit was horrible, I wasn't good at nothing! Even when I wasn't "good" at rapping, that's what I wanted to do.

EM: So you have a relationship with Spaceghost Purrp but I've seen you point out in other interviews, you're not "trillwave" you're "savage", that's your sound, so explain to people what "savage" is and how that's different than everything else in hip hop right now.

RB: Savage life is like… I used to chill with a lot of guys that bumped [trill] stuff; like not trill now but what trill was back then, like Boosie and Webbie. I still listen to that shit. I feel like "savage" describes me, even though people talk a lot of shit like 'aw he ain’t savage" these people don't know me, they haven't met me a day in my life, I got people here to vouch for me. Now, since the fame has started to get a little bit bigger I've got it tatted on me, it's my life now. It's like you know you're savage, you don't give a fuck. It just means Robb Bank$.

EM: You are cool with Spaceghost Purrp even though you’re not into that style, yeah?

RB: That’s my family dog, I fuck with Raider Klan. I'm not in Raider Klan, but at the end of the day I'm on my own shit, I'm not here to get on their stuff. It started with just 6 of us and now we all rap in this crew.

EM: Are you looking to collaborate with SGP and maybe do a mixtape or a single?

RB: Yeah, he and I are doing a mixtape right now, it’s actually going to come out before the album. We were trying to find names and we knew people were going to talk shit about it anyway so we decided to name the album “____” because at the end of the day, the music speaks for itself and you can call how you see it to be honest, but the mixtape does not have a name. Right now it's called "you'll find out when the fucking shit drops."

EM: I see you do that kind of thing on Twitter a lot, like it's very candid. You were about to drop the Fine$t tape and someone said a Shaggy comment and you just took it right off the table.

RB: Yeah man, that was just me being a dick, but that's something about my life I like to protect. I protect my people. People are going to do research but I could do the same thing, it's not going to benefit my life, Shaggy is not my dad. I'm me, I didn't grow up in money, I had to find ways to get money. Concerning the way I dropped it the mixtape, I don't want to drop shit the way everyone else does with "oh I’m putting this out right now" I just found a way that it works for me, like dropping pictures of Cadie just to let everyone know it's coming out. That's how I like to do it. I don't want people in my business like that.

EM: It wasn't really your beef anyway, but I feel like people are blowing you up trying to get you involved in a beef that was really A$AP and SGP's business.

EM: What's a career accomplishment that would make you think you've made it?

RB: I could say the cliché route and say "when labels hit me up" but I don't care about that. I mean labels are hitting me up and they're not doing shit or offering no money. I'm not going to sign unless you're offering me something good. Here's what I'm trying to do with rap, I love music. I don't love what comes with it, so I’ll get rid of that tomorrow, the only reason I'm doing this is so I can make sure everybody I run with is straight so if you're not giving me money then it won't be straight. That's what I care about, being able to provide for everyone who's there for me. My biggest accomplishment was probably with the girl I used for the "Happy" drop from Skins. She tweeted me and asked me about my lyrics. I was freaking out I wanted to go crazy dog. I was calling everyone and actually Cadie, that’s the girl whose head I use for all the art, she followed me on Tumblr and said what’s up and all that.

EM: How'd you land on that drop?

RB: “Counting” and I knew I wanted to do a mixtape but no one was there to host it so I made my own drops and cuts. That's my "Maybach Music" now you know? As the mixtape dropped I realized it meant something else. Like I was never that guy that was like "I love my life" I've never said that. I'm not looking for sympathy but I'm saying I've never said "I'm happy." I feel like everything I said on Calendars wasn't happy, it’s talking about some shit that happened with this or that. It would be a song about one girl and then another girl and another girl and they all ended bad so that’s where it came from. I have that tattooed on me too like "Happy" on my back.

EM: So speaking of relationships, you mention her in “Fine$t” but who is Ashley for from the chorus of “Fine$t”?

RB: Oh wow man, Ashley's a… good friend. Ashley hates me now I feel like, but that was my first love. I mean she cheated on me and I cheated on her too, she doesn't know that. If Ashley sees this, "hey Ashley how are you I haven't seen you in God knows how long!" When I made "Fine$t" it was right after we broke off and I was spiteful so I was really just being spiteful about it. I just want to thank Ashley, I was a terrible boyfriend, I was 16! I'll give her that I was a bad boyfriend, but thank you Ashley for being inspiration. When I shot the video for that I just hear Clams Casino’s beat. I have a video for each song in my mind I just can't shoot them all now.

EM: Have you met Clams Casino, does he know you're on his beats?

RB: Yeah he knows. A month after Calendars dropped, he hit me up and said he loved what I did with it. He knows I used it and he's alright with that. I talked to him about the actually album drop and I was going to put it on iTunes but I don't know, I like the fans too much. I want to make it free. He said the songs from Calendars were okay to put on that though. I want to branch out and work with other people though, I mean Purrp is executive producing the whole album, Lex Luger I want to work with, Zaytoven maybe. I can't say anything right now though, there's a lot of shit on there that is going to be nuts. I want everyone's album to drop first so I can wait and drop it and make it better than everyone else's shit. 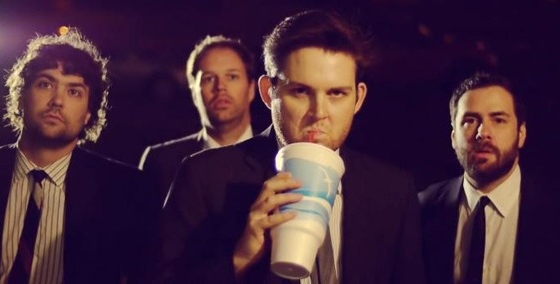