With his much hyped fifth album scheduled to be released at the end of the month, Maybach Music Group ring leader Rick Ross premiered his much-anticipated song "3 Kings" on Hot 97 earlier today. Billed as a meeting of hip-hop royalty, the Jake One produced track includes major assists from renowned hip-hop veterans Dr. Dre and Jay-Z.

Right off the bat the track's production announces that the song is somewhat of a departure from Rozay's trademark production-heavy bangers. The production choice was likely made to accommodate Jay-Z. I mean, could you imagine Jay attempting to go in over production from Jahlil Beats? With that said, Jake One's handiwork behind the boards gets the job done and Rick, Dre and Jay all sound at home over his tempered yet soulful production.

As the song's title suggests, the song combines three unique artists all of which posses distinctly different styles. Check out the track below and don't mind the bombs courtesy of Funkmaster Flex. God Forgives, I Don't, available in stores July 31 via Maybach Music Group/Def Jam 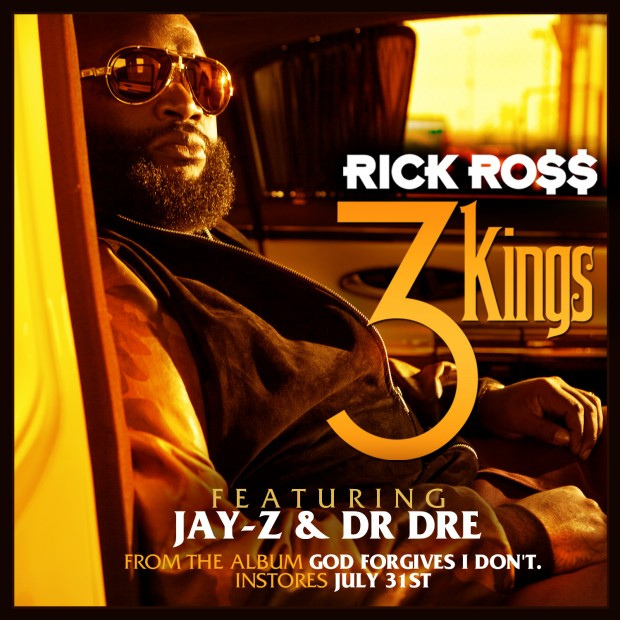