Rapper/producer Ced Hughes and producer/DJ Gabe Niles have joined forces to form the duo YOUDONTSAY! The first collaborative offering from the budding duo is a remix of Major Lazer's latest single "Get Free" which features a heavy rework of Diplo and Switch‘s original production, in addition to Ced lending some bars that nicely complement Dirty Projectors vocalist Amber Coffman's vocals.

While I enjoyed the original and have only heard a small handful of reworks of "Get Free", I'd be willing to go out on the limb and say this is one of the better remixes I've heard as of late. With their first single, Ced and Gabe succeed in taking an already dope track to the next level. While there's no official word on a forthcoming project from the new duo, I'll take this remix as a sign of good things to come. Stream and download the track below and look out for more from YOUDONTSAY! 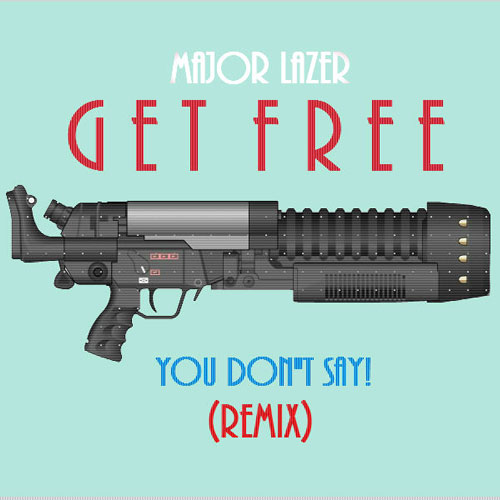 This shit is tight.