After giving some well deserved face time to wunder phenoms like Clouds and SCNTST, we turn this episode in our musical diary over to the well seasoned introspect of Toronto's St Mandrew.  The musical procurement process for someone who's seen fads come and go culminated in a mix laden with tracks that while new, will be staples in many a DJ's crates for the forseable future.  Look to labelmate Harvard Bass' latest "Juicy", one of our favorite afterhours go to songs in Marcel Dettmann's "Translation One" and Mandrew's own "Error 404" to add to your Beatport shopping lists.

I've never tried to make something because I felt that was in the direction things were going in dance music, I've just made what feels right at the time.

After a couple successful EP's co-produced with JFK of MSTRKRFT, St Mandrew's first solo EP Error 404 hit stores this week via Teenage Riot Records, building on a 2012 that already included remixes of Acid Jack's "The Sword" and Jokers Of The Scene's "Black Mountie".  St Mandrew's time spent studying the sound design process shines through on the title track most notably through his use of sustained hats which add a subtle white noise to complement one of the fatest 303 lines we've heard in a while.

The B sides "Shockwave" and "Moonrise" play off each other well with variations on  a drippy upper register staccatoed synth holding down melodic duties while the squelching resonance on "Shockwave" and the pulsing bassline compression in "Moonrise" handle groove duties.  Fellow Torontonians Autoerotique take on the remixes with Acid Jack making for a deep animated package.  Skip the single download, album purchase is a must.

EARMILK: "Error 404" is a monster, a Dahlback meets Boys Noize sort of afterhours acid track.  Error and your Acid Jack remix sort of reflect your DJ sets moreso than your past releases. Any correlation to the fact that this is your first solo EP?

St Mandrew: Ha! Thanks thats quite the compliment. I guess it was just a natural evolution. When JFK and I did the previous collaborations I played those tracks in all my dj sets. We first released those in 2010 so times and sounds have changed. I'll always just make what feels right for me at the time.

EM: Side B1 is a track called "Shockwave".  It's got a bit more of the techy bounce your fans would know from your JFK collabs "Face Pump" and "Beehive". There's definitely a few parts added on since I first heard the demo a while back.  Were you kicking this one around in the studio for a bit?

St M: "Shockwave" is the oldest song on the EP. The way I made that song was actually lining in to a generation 1 transformer (Shockwave) and directly sampling it. I recorded a take and chopped it up. It was fun to make. I guess the fun I had making it is reflected in its bounciness. I hadn't really touched it in more than a year outside of mastering.

EM: In the last year I've seen you play alongside everyone from Azari and III to DJ Funk.  Your musical interests are pretty diverse, what kind of music did you come up on during your impressionable tween years?

St M: Rap was my first love. Like 1992 – 1996 era was the best for me. Around 96 / 97 I started getting into house a lot, mainly chicago stuff. I always had different groups of friends because of it. Some of my friends were so into rap and couldnt understand why I would go to raves and all my house and techno friends thought it was weird that I loved hip hop so much. It was great in terms of forming my taste because it taught me to be comfortable liking stuff that other people hated. I didn't feel any pressure to like anything in particular. I became fairly open minded in general to music because of it.

EM: There's a strange divide in electronic music with people who came up through the blog house heyday.  Espcially in the management company you're with you've got guys doing the Vegas scene, you've got guys getting on with Tiesto and doing the Ibiza thing, you've got a couple groups saying fuck it let's pick up guitars again.  Do you ever find yourself conciously thinking about how to shape your music or is it always just about what you're feeling?

St M: Dance music is just so all over the place right now. It's more popular than it has ever been in North America. There are so many different angles and approaches people take to it, different scenes. It's overwhelming when you think about it, it's actually pretty messed up, like the stigmas certain artists get because of what people associate them with. For example, look at Simian Mobile Disco. They make deep techno, and it's great, but the chin stroker techno world doesnt seem to embrace them (yet) because of their association with Justice and the the boom of 2006.

I know it's all a game of chess, who you form alliances with, what labels your releasing under. For me, I'd like to not play chess at all. I'd like to smash the pieces off the board. What I mean by that is all I can do is just make and play stuff I like and stick to my guns. I've never tried to make something because I felt that was in the direction things were going in dance music, I've just made what feels right at the time. If it's successful, awesome. If its not, awesome. I'm just happy to be doing stuff without trying to please everyone. I think thats key, you cant please everyone.

EM: Give us your Top 3 dancefloor weapons.

EM: Thanks a lot for doing this. Congrats on the release!

St M: Thanks for having me!

And one more thing I have to say, RIP MCA. I know the net is going crazy over this right now, but this one hit me really hard. The Beastie Boys were the first group I ever saw perform. The first tape I ever bought was License To Ill. They  were the kings of not caring and pushing boundaries. They had balls. Everyone is so worried these days about if people are going to like things they do, people in music dont take chances like that anymore.  They were the middle finger to how everyone thought it should be done. More creating, less catering.

Grab the Error 404 EP fresh off the shelf and keep an eye out on this cat as he creeps up on more remix liners in the future. Expect to catch him warming up the masses for major acts with a keen sense of selection that can only be grasped by years of persistent passion. 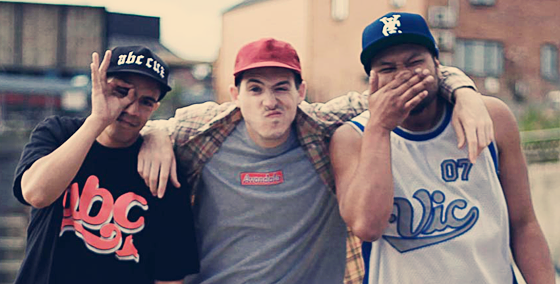 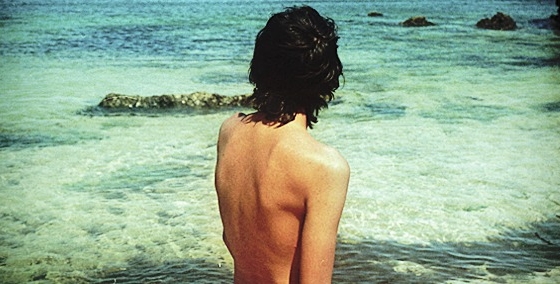